The trifluoromethyl group is significant in chemistry dealing with pharmaceutical drug development and materials chemistry. Fluorine-containing compounds are part of many human-made materials, from the polymer Teflon used to coat pots and pans to medical drugs.

Drugs such as Prozac (for depression), Celebrex (a non-steroidal anti-inflammatory agent), Mefloquine (for malaria) and Sevflurane (a general anesthetic) also all contain the trifluoromethyl group. 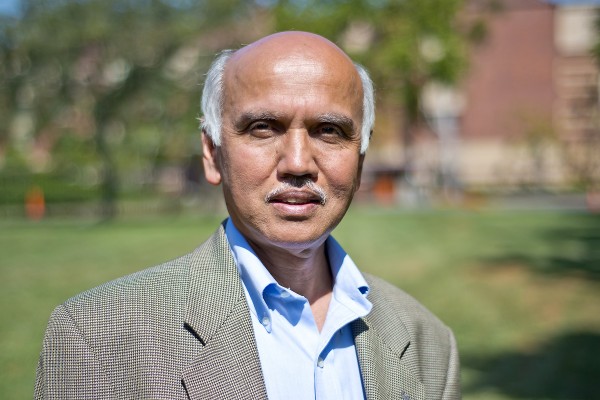 “Fluorine is the kingpin of drug discovery and many of the modern drugs contain one or more fluorine atoms,” said Professor G.K. Surya Prakash, holder of the George A. and Judith A. Olah Nobel Laureate Chair in Hydrocarbon Chemistry and institute director.

For more than six decades, scientists believed that the trifluoromethanide anion, produced within the course of a chemical reaction involving the trifluoromethyl group, existed only fleetingly and could not be stabilized. However, Prakash, Karl Christe and George Olah have isolated and proven the existence of a stable, long-lived form of the anion.

For chemists, introducing fluorine into organic molecules is an important way of controlling properties such as the bioactivity of drugs and the performance of plastics and electronic materials.

For the past 25 years, Prakash has worked in fluorine chemistry. He co-discovered the Ruppert-Prakash reagent, which is widely used in multiton quantities by the pharmaceutical industry and researchers around the world.

The research was published over the summer in Angewandte Chemie, an international journal published by the German Chemical Society, and on Sept. 8 in Chemical & Engineering News, the flagship journal of the American Chemical Society. Angewandte Chemie highlighted the research as a “Very Important Paper,” a distinction reserved for less than 10 percent of its submissions, and featured a research figure from the paper as the cover of that issue.

Until now, the trifluoromethanide anion was believed to have a fleeting life span in the intermediate stages of a chemical reaction — in the order of millionths of a second — before decomposing into difluorocarbene and fluoride. But Prakash suspected otherwise, despite a lack of direct evidence.

Using thermodynamics calculations, the researchers discovered that low temperatures enabled the isolation of the trifluoromethanide anion and allowed it to survive for days at a time, thus addressing major misconceptions.

“I am confident that this paper will stimulate new research directions in this field,” noted a peer reviewer in Angewandte Chemie. “It’s extremely motivating that the authors of the famous Ruppert-Prakash reagent are still leading the field so many years after that initial discovery.”

Primary collaborators on the research were Nobel laureate Olah, Distinguished Professor of Chemistry and founder of institute, and Christe, professor (research) of chemistry.

George Olah, a Nobel laureate and Distinguished Professor of Chemistry, and G.K. Surya Prakash, professor of chemistry, have been busy.

George Olah and G.K. Surya Prakash have received a first-ever $1 million prize from the State of Israel for their innovative research on alternative fuels.

Prakash to be honored as American Chemical Society fellow