For the next year, the USC School of Social Work will benefit from the research and practical expertise of the Israel Defense Force’s mental health department.

Eyal Fruchter, a colonel and former head of the mental health division in the Israeli Medical Corps, has joined the school as a visiting scholar, focusing his yearlong tenure here on researching post-traumatic stress disorder, mental health resiliency and leadership from a multicultural perspective. Fruchter will also focus on augmenting the education and training of mental health officers through the creation of online courses and establishment of regular group meetings.

The latter is an extension of work that he had undertaken with success in Israel and hoped to bring to American audiences.

He said the world of mental health is fairly isolated for Israeli officers and clinicians. These individuals must make decisions on their own about a service member’s mental health, including ascertaining if someone is suicidal and how best to address it on a case-by-case basis. For example, sometimes taking a soldier’s weapon away might offend him and exacerbate the situation; sometimes letting him keep it puts him in danger. 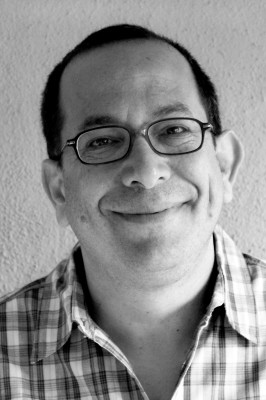 “These are the sort of decisions that you might want to talk about and consult with a group of colleagues,” said Fruchter, who held weekly group meetings with all Israeli mental health officers. “You know you’re not alone struggling with these decisions.”

Fruchter will lead regular online meetings with a group of clinicians and create a course housed on the continuing education and training platform at the Center for Innovation and Research on Veterans & Military Families (CIR) and tailored to the specific topics and handling of certain issues that emerge during the job and in sessions.

“CIR is grateful for the opportunity to work with international scholars who can provide expertise and fresh perspectives to a whole new group of behavioral health practitioners working to address the mental health needs of service members and veterans,” said Anthony Hassan, CIR director and clinical professor. “By working collaboratively, we also hope to rely on each other’s research expertise to further develop best practices and policies that will build the mental health resiliency of the armed forces, regardless of nationalities.”

In 2009, USC became the first major research institution to offer a military social work specialization. Numerous reports and research showed that increased numbers of service members were returning from Iraq and Afghanistan suffering from combat stress disorders such as post-traumatic stress disorder and traumatic brain injury. The USC School of Social Work was ideally situated to help address their needs and since then, through the center, has sought to tackle some of these universal issues through a multifaceted approach by reaching out to international colleagues, including the United Kingdom, Canada and Israel.

One of the main research ideas that Fruchter plans to pursue this year is a combined study of PTSD prevention that can include the unique value provided by both Israeli and American combat experiences.

“Unfortunately, because of the struggles in Israel, we know that a paratrooper will see conflict. We can prepare him,” Fruchter said. “The primary prevention research will be in Israel. What should be researched here is treatment.”

Through these research projects and the implementation of online courses and group learning, American behavioral health providers and service members could continue to benefit from Fruchter’s USC visit long after he returns to Israel.

John Brekke is leading an effort to bring together mental health practitioners to determine what type of research is most needed to improve services for people with serious mental illness.

Former journalist gets firsthand look at the mental health system

As a journalist, Pete Earley has uncovered political corruption, human rights issues and gun trafficking. But when it came to navigating the circuitous mental health system after his son was diagnosed with bipolar disorder, Earley was at a loss.

For many cinema students, making it to the Academy Awards is a lifelong ambition.

Dallaire said that post-traumatic stress is an injury that requires urgent attention because its impact is felt by more than just the individual.