Since graduating from USC, Nathan Graeser MSW ’13 has been actively involved in making sure the needs of local veterans are met, especially those of a spiritual nature.

It’s a natural fit for the alum, who has been in the military for 14 years, including the last three as a chaplain with the U.S. Army National Guard.

Graeser said involving faith communities in the network of support services for returning veterans was a logical step.

A veteran is much more likely to go to a religious person to work out their problems.

“It starts with conditioning in the military where the chaplain is the safest person to talk to,” he said. “Often, that carries over outside the military. A veteran is much more likely to go to a religious person to work out their problems.”

In 2009, the USC School of Social Work launched a military social work program to train the future workforce on how to effectively engage with veterans, service members and military families. Though already familiar with this population, Graeser credits the MSW curriculum with propelling his career path. 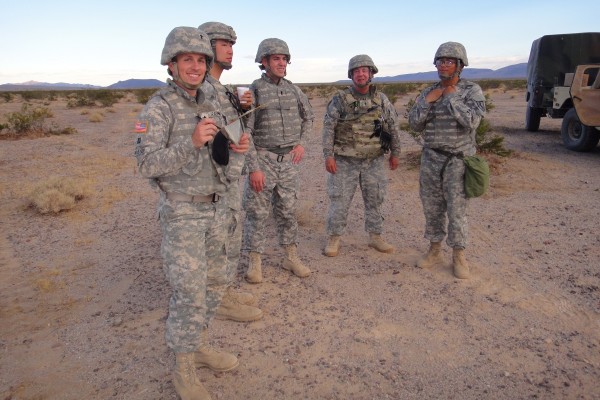 “The MSW gave me the vision of what could happen and the necessary macro skills to effect systemic change,” he said.

Since graduation, he has worked at the school’s Center for Innovation and Research on Veterans & Military Families, where he oversees the Los Angeles Veterans Collaborative, a network of more than 250 organizations and stakeholders who work collectively to identify and resolve the needs of local vets. Under his leadership, the collaborative has added more working groups, including one dedicated to faith-based measures.

This community work has led to his recent recognition as an emerging faith leader in Los Angeles by the USC Center for Religion and Civic Culture. In partnership with the Interreligious Council of Southern California, the center launched Future50, identifying 50 young faith leaders across varied backgrounds who are promoting religious diversity, collaborating on civic engagement and using their faith in unique ways to improve society.

“I think it’s great that USC has taken the initiative to link like-minded, passionate, talented people to see how we can better the world through the translation of our own faiths,” Graeser said.

Like Graeser, not all Future50 members operate directly in traditional religious institutions or roles. Some are working as community organizers around health, education and immigration issues; administering homeless shelters; advocating on behalf of genocide prevention; and educating Muslim communities on sexual violence prevention. One is a hip-hop artist.

Graeser is looking forward to more dialogue among this new group.

“Any experience that exposes you to new ways of understanding your faith and how it works in the real environment will always help you,” he said.

Two leaders in religion and media join forces this fall as the USC Annenberg School for Communication and Journalism becomes the new home of Religion Dispatches.

The Henry Luce Foundation has awarded USC journalism professor Diane Winston a two-year $395,000 grant to support multiple initiatives, including stipends for professional journalists reporting on religion and international relations, and M.A. classes and campus lectures on the same subjects.

Diane Winston, holder of the Knight Chair in Media and Religion, has launched a website to display the work of journalists who were awarded grants for reporting on religion and American life.