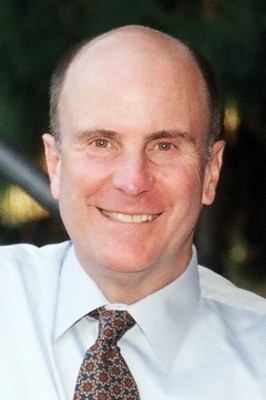 Wyland will join Portantino in providing expertise in discussions about politics and public policy in various events. In smaller mentoring groups, they will also teach students about various career paths in the political sphere.

“As someone who earlier in life was on the path to become a college professor, I am especially delighted by the opportunity to share my experiences with students at USC,” Wyland said. “I am particularly impressed with the institute’s programs that combine public policy with experience in elected office.”

Widely known for his independent-minded, intellectual approach and passion for improving civic education in public schools, Wyland joins the Unruh Institute, housed at the USC Dornsife College of Letters, Arts and Sciences, with 14 years of experience in California politics.

“Mark Wyland has been one of the most respected and thoughtful voices in the California state legislature for many years, and we’re thrilled that he’s going to bring his experience and expertise to USC,” said Dan Schnur, executive director of the Unruh Institute.

“Our students will benefit tremendously from having him on campus, and we know he’ll be a tremendous resource for them throughout his time here. Our bipartisan team of Mark Wyland and Anthony Portantino will be a huge asset, not just to the Unruh Institute but for the entire USC community.”

An acknowledged leader in the California Legislature on education, government and fiscal reform, Wyland has authored significant legislation in these policy areas. He has served as vice chairman for many years on the Education Committee and several other committees.

From New York to Escondido

Wyland grew up in Southern California. After earning a B.A. in international relations from Pomona College, he was a Fulbright Scholar in Germany. He then became an international fellow at Columbia University, where he earned an M.A. in political science, winning the Einstein Award for writing the best thesis. After briefly working for the city of New York, where he analyzed education issues, he returned to California to run his family’s lumber company as co-owner from 1974 until 2003.

Mark Wyland has been one of the most respected and thoughtful voices in the California state legislature for many years.

Prior to his election to the legislature, he served as a board member and president of the Escondido Union School District board from 1997 to 2000. In 2000, he was elected to the California State Assembly to represent the 74th Assembly District. In 2006, he won a seat on the California State Senate, representing the 38th Senate District. He was reelected in November 2010.

Wyland has been honored with numerous awards, including Legislator of the Year by Tech America, the leading national technology trade association, for his effort to create jobs and promote the high-tech industry.

Portantino, who in addition to teaching a class in political science, will continue as a visiting fellow this year after joining the institute in 2013.

“I hope to share practical insights that encourage more talented and earnest young people to seek public service as a career path to bring positive change to our state and country,” Portantino said.

“Last year, Sen. Tony Strickland and I had a terrific time bringing bipartisan case studies into the class “The Future of California,” leading small and large group policy discussions and engaging in one-on-one mentorship. This year, Sen. Mark Wyland and I hope to continue these successful experiences and build upon last year’s momentum.”

Strickland joined the institute as a visiting fellow in fall 2013, leaving in late spring of this year to run for the United States Congress.

George Will shares his perspective on politics

Gridlock in Washington politics is not an American problem but an American achievement, political commentator and journalist George Will said last month as part of the Dennis F. and Brooks Holt Distinguished Lecture hosted by the USC Sol Price School of Public Policy.

Anti-science attitudes and political ideology often go hand in hand, a USC study finds, which means machine-analyzed data could offer clues as to where diseases like COVID-19 might spread.