Los Angeles Magazine has named Roberta Diaz Brinton its Woman of the Year for her revelatory research to combat Alzheimer’s disease.

Brinton, holder of the R. Pete Vanderveen Chair in Therapeutic Discovery and Development at the USC School of Pharmacy, has developed two compounds currently in clinical trials that have the potential to address the progressive condition currently afflicting more than 5 million people in the United States.

When your vision is to do what no one else has done, you need to develop creative and innovative strategies and teams to achieve the goal.

Brinton has dedicated decades pursuing answers to Alzheimer’s disease and its impact on individuals, families and society. Every 67 seconds, another American develops the disease, which costs the nation more than $200 billion each year. Since women — who comprise two-thirds of those with Alzheimer’s — are disproportionately affected, Brinton has focused extensive research on discovering why women are at greater risk for the disease and developing safe and effective natural formulations that provide the brain-saving benefits of estrogen without negative effects on breast and uterine health.

Women provided the basis for the discovery that a molecule they make during pregnancy can generate neural stems to regenerate the brain and restore memory function in females and males. This discovery is the basis of a clinical trial of the compound allopregnanolone, which is slated to begin this fall in persons with early stage Alzheimer’s. Allopregnanolone is the first regenerative therapy ever tested for the disease. 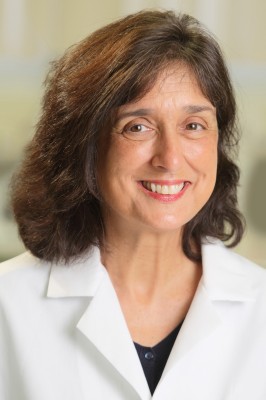 Brinton’s work is unique in many ways. It is rare for a single lab to lead the discovery, therapeutic development and clinical trial stages of a project, as her lab has done for both of the current clinical trials she is spearheading. Her lab also serves as an incubator for the next generation of scientists, with experienced researchers who hold Ph.D., M.D. and PharmD degrees working shoulder-to-shoulder with graduate, undergraduate and even high school students. In addition, the Brinton lab is the antithesis of the academic silo, as she collaborates with colleagues throughout the university as well as experts outside USC.

“My motto is vision the impossible and make it possible,” Brinton said. “When your vision is to do what no one else has done, you need to develop creative and innovative strategies and teams to achieve the goal. USC creates an environment where creativity and innovation thrive and are connected to the human spirit. It is this combination that drives my collaborations from the School of Pharmacy to the Keck School of Medicine [of USC] to the Andrus School of Gerontology to the Viterbi School of Engineering.”

From bench to bedside

Brinton also strives to make the big vision of curing Alzheimer’s a reality by using a systems biology approach.

“We investigate entire systems that are changing in the brain during aging. In the vast majority of people with Alzheimer’s, there are combinations of changes that generate the tipping point when disease develops,” she said. Discovery of these changes — identifying when they occur and the tipping point threshold — enables her to more effectively and directly translate her work into therapeutics, taking them from the laboratory bench to the patient bedside.

Brinton’s innovative research and her inspiring outreach to student scientists have earned major acclaim. U.S. News & World Report included her in its 2005 “Ten Best Minds” list, and President Barack Obama presented her with the 2010 Presidential Citizens Medal — one of the nation’s highest civilian honors — for her work in promoting careers in science, technology, engineering and mathematics (STEM) among students of color.

Brinton’s support of aspiring scientists stems from growing up in the 1950s and ’60s when science and math were considered beyond the realm of girls and minorities.

When she arrived at USC, a teacher in East Los Angeles invited her to speak to students in a science class housed in a trailer. The shabby surroundings could not dim the excitement she saw as the students discussed science.

The experience prompted her to initiate the Science, Technology and Research (STAR) education program, which recently celebrated its 25th anniversary. Every participant in the program has gone on to complete college, with most pursuing STEM graduate studies and careers. These outcomes are even more impressive considering that many in the STAR program are the first in their family to go to college.

“Professor Brinton’s interdisciplinary approach exemplifies the Trojan spirit of USC,” said School of Pharmacy Dean R. Pete Vanderveen. “She is able to harness the unique expertise of many to discover new approaches to Alzheimer’s disease and to inspire the next generation of scientists.”

Along with Brinton, several outstanding women are recognized in the September issue of Los Angeles Magazine, including actress Eva Longoria, who is featured on the cover.

Nearly 200 nominees for the Woman of the Year title were judged on community service, mentorship and leadership, as well as their proven ability to inspire and innovate.

Helena Chui, professor of neurology at the Keck School of Medicine and an Alzheimer’s disease expert and colleague of Brinton, nominated her for the honor. Brinton will be formally recognized at an awards luncheon on Sept. 16 in Beverly Hills.

Roberta Diaz Brinton, holder of the R. Pete Vanderveen Endowed Chair in Therapeutic Discovery and Development, is proving why she was named a “best mind” by U.S. News & World Report in 2004. Five years later, Brinton is still earning numerous awards and support for her groundbreaking research.

Roberta Diaz Brinton, director of the USC Science Technology and Research Program, was presented with the prestigious 2010 Presidential Citizens Medal by President Barack Obama in a ceremony at the White House on Aug. 4.

Brinton honored as Woman of the Year by Los Angeles magazine

Though it may seem like a global pandemic and the genocide of a people have very little in common, the long-lingering effects of trauma on survivors are similar.