When they launched an innovative effort to link data on child welfare and well-being across various agencies and organizations, Emily Putnam-Hornstein and Jacquelyn McCroskey initially planned to focus only on very young children.

Receiving funding from First 5 LA to develop the Children’s Data Network (CDN) meant the two researchers from the USC School of Social Work would be prioritizing information related to the initial phases of life, from infancy to 5 years old.

I think it’s terrific that the Hilton Foundation carved out data and new knowledge as a core part of its initiative.

But the groundbreaking project quickly drew interest from other institutions, including the Conrad N. Hilton Foundation, which had worked with Putnam-Hornstein on a previous project and recently developed an initiative to support teens who were close to transitioning out of the foster care system.

The foundation approved an $800,000 grant to the data network to help researchers acquire and integrate information on transition-age foster youths, in addition to promoting the use of existing linked data and supporting a postdoctoral research scholar to advance research on this vulnerable population.

“There is a tendency on the part of philanthropists to want to go immediately to the tangible and concrete — how do I give someone something or provide a service?” said Putnam-Hornstein, an assistant professor. “But you have to first understand what policies and programs are effective, and you need data and research to do a lot of that background work. I think it’s terrific that the Hilton Foundation carved out data and new knowledge as a core part of its initiative.

Because the foundation is interested in research on challenges during adolescence, collaborating with First 5 LA to support the CDN seemed like a natural fit.

There are problems and issues unique to each stage of childhood, said McCroskey, who serves as the John Milner Professor of Child Welfare, but events and experiences that occur during those discrete periods inevitably affect outcomes in later life.

With funding to support data acquisition and research on both ends of the childhood development spectrum, researchers will be able to generate more knowledge about how children and families change over time based on various factors, such as whether having a parent who is incarcerated or not receiving certain early childhood education services affects academic achievement during adolescence.

The research team already has a solid example of how this sort of data linkage can enhance understanding of child development, thanks to a previous grant from the Hilton Foundation before the CDN was created.

The foundation awarded $125,000 to Putnam-Hornstein several years ago to investigate teen pregnancy and parenting, and foundation officials said the resulting report proved highly valuable to practitioners and policymakers.

“It was much better than we could have imagined,” said Jeannine Balfour, senior program officer for the Hilton Foundation. “The data was sobering, but her thoroughness made it a great research study.”

In fact, that report may have helped the researchers secure support for the CDN, Putnam-Hornstein said, because it gave leaders from both First 5 LA and the Hilton Foundation confidence that such research could be conducted efficiently despite the complexity of working with massive population-level datasets.

“One of the biggest barriers a lot of researchers and grant makers and practitioners have is trying to access data,” Balfour added. “This idea of having one entity doing this, taking the bull by the horns and trying to get as much administrative data as possible so it is more accessible, is a win-win for everyone.” 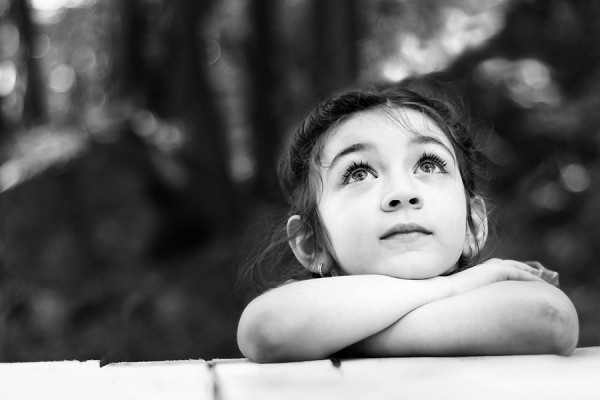 Supplementing public funding — in this case, cigarette tax revenues from the state that are funneled through First 5 programs — with private support from organizations such as the Hilton Foundation has proven successful for the data network.

“Foundations play a really critical role, not replacing federal or state funding, but by filling gaps and recognizing opportunities where there is a need for information and the foundation is positioned to move quickly and efficiently with its support,” Putnam-Hornstein said.

McCroskey, who has relied on philanthropic funding during much of her research career, emphasized the relatively less constrained nature of private support compared to the rigorous and intensive process of securing federal grants.

“It has several great advantages — the flexibility, the timeliness, the ability to try things out in partnership with people who have the same interests,” she said. “It’s much more focused on application and action, which is our focus. The CDN is framed around action and determining who needs to have information to improve outcomes for youth and families.

“When you have decision-makers who want to make changes, getting the knowledge to them as soon as possible can make a significant difference.”

Children of shadow and light

The data can be linked to help child welfare professionals understand events that affect child development.

Children’s Data Network to grow with help from Hilton Foundation