After the death of Alexander the Great in 323 B.C., Ptolemy I declared himself pharaoh of Egypt. Originally from Macedonia — what is now Greece — Ptolemy’s rise to power marked the beginning of the Hellenistic period in Egypt. For the next 300 years, the Ptolemaic dynasty ruled, as Alexandria became a center of Greek culture. The era ended with the Roman conquest in 30 B.C.

Christelle Fischer-Bovet, assistant professor of classics at the USC Dornsife College of Letters, Arts and Sciences, is a social historian of the Ptolemaic period whose research focuses on state formation in the Hellenistic world. In June, she published Army and Society in Ptolemaic Egypt (Cambridge University Press), which examines the Ptolemaic army and how the changing structures of the army after Alexander’s conquest led to the development of a more ethnically integrated society.

It’s really about analyzing the sources and testing your ideas, collaborating and getting feedback.

Fischer-Bovet has received two fellowships to continue her studies on Hellenistic Egypt. The Humboldt Research Fellowship for Experienced Researchers from the Humboldt Foundation will support long-term research in Germany over three years. A Solmsen Fellowship from the Institute for Research in the Humanities at the University of Wisconsin-Madison will support a research residency at the institute.

Both fellowships will allow Fischer-Bovet to write a book that provides a more refined understanding of state formation and imperialism in Ptolemaic Egypt.

“In one sense the question is really: How was it that the Ptolemaic state lasted so long?” Fischer-Bovet said. “The Ptolemies were ruling Egypt and expanding their empire in the Mediterranean along the coast to modern Turkey and also into modern Libya. I’m interested in how they collaborated with the local elite to keep the empire together.”

To investigate that question, Fischer-Bovet will look at Greek and Egyptian papyri and inscriptions, as well as coins, archaeological material and ancient Greek authors.

Fischer-Bovet, who reads Greek and Latin, and uses demotic Egyptian texts, said that she enjoys the multiple perspectives her research provides.

“You have to piece together all of these different sources and angles,” she said. “It’s a puzzle.”

As part of her Humboldt fellowship, Fischer-Bovet will organize a conference in Germany in 2016 to bring together scholars of the Ptolemaic Empire and the Seleucid Empire, a Hellenistic state in Syria-Babylonia ruled by Seleucus I and his descendants from 312 B.C. to 63 B.C.

“The Seleucid is another piece of the large empire conquered by Alexander the Great,” Fischer-Bovet said. “I’m interested in looking at how these states functioned and comparing the two. The conference should help us examine how they influenced each other and the kinds of relationships their officials and settlers developed with local elites.” 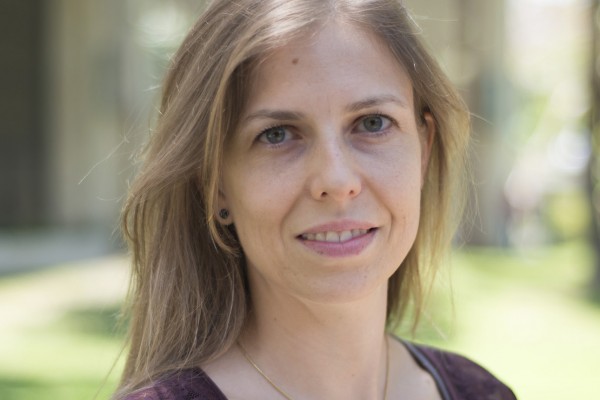 Fischer-Bovet said she is excited about the collaboration that each of her fellowships will create.

“At the Institute for Research in the Humanities in Wisconsin, I will be working alongside fellows who focus in different disciplines such as philosophy or art history as well as history,” she said. “There will be a lot of exchanging of ideas. It will be a very rich experience.”

Meanwhile, the Humboldt fellowship in Germany will give her the opportunity to network with colleagues she has never met in person.

“I will be able to talk with them and test out ideas,” she said. “I’ll also be able to meet Ph.D. students who are working in similar areas.

“It’s really about analyzing the sources and testing your ideas, collaborating and getting feedback. That’s what these fellowships are all about.”

An inside look at Egypt’s empowered military

The Egyptian revolution began on Facebook with a call to protest in Cairo’s Tahrir Square. Protesters used Twitter to maneuver around police and reach the area. People arrived at the location expecting to see a few hundred like-minded individuals. Instead, they found a few hundred-thousand.

If you have a question about USC history, you can ask USC student Charles Epting or you can buy his book.

USC historian plays with the pieces of an ancient puzzle