USC Professor Michael Messner will receive the Sociologists for Women in Society (SWS) Feminist Mentoring Award on Aug. 18 at a banquet and awards ceremony in San Francisco.

“I have won other awards, but in many ways this one is the most satisfying because I was nominated by a group of my current and former Ph.D. students,” said Messner, professor of sociology and gender studies at the USC Dornsife College of Letters, Arts and Sciences. “The SWS is a large organization that considers mentoring to be central to its role, so this honor is particularly meaningful for me for that reason, too.

Working with [younger scholars] pushes me out of my own well-worn grooves.

“This is a feminist mentoring award, which to me means not only making an effort to help young women move forward in their careers, but also more broadly, pushing beyond the individual careerism of academia, building networks of mutual support among feminist women and men who will further the work of feminism in their teaching and research.”

Created in 1990, the award honors an SWS member who is an outstanding feminist mentor. “In establishing the award, SWS recognized that feminist mentoring is an important and concrete way to encourage feminist scholarship, membership in the academy and feminist change,” the SWS website noted. 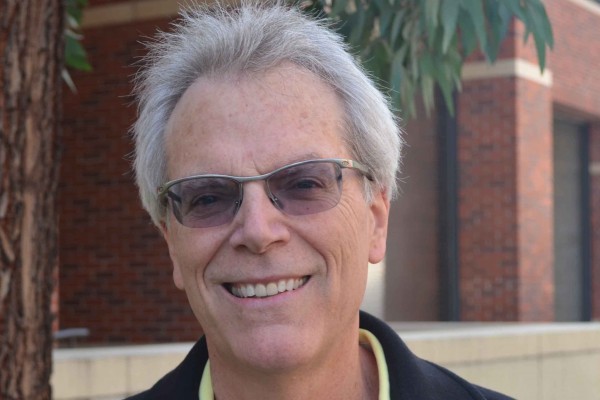 Messner has taught at USC Dornsife for 27 years. Focusing on three main areas — gender and sport, sports media, and men, feminism and politics — his research asks how social relations of gender have changed over the past 40 years, and it probes ways in which the strains and tensions of the current historical moment both prevent and make possible future progressive change.

In recent years, Messner said he has more consciously linked mentoring with his research. He is conducting a continuing longitudinal study of gender in sports media with a former student, Cheryl Cooky, a professor at Purdue University. His next book published by Oxford University Press in January, titled Some Men: Feminist Allies in the Movement to End Violence Against Women, is co-authored with two of his current Ph.D. students, Max Greenberg and Tal Peretz. Messner is also co-editing a book on children and sports, much of it focusing on gender, with current graduate student Michela Musto.

“Part of this sort of collaboration is instrumental, helping students get publications and thus a leg up on the job market; it also serves simultaneously as a way of ushering them in to research collaborations, while keeping me intellectually alive,” Messner said.

“Younger scholars tend to know the fresh, cutting-edge ideas, topics and approaches; working with them pushes me out of my own well-worn grooves.”

When he first entered sociology, Messner defined himself primarily as a teacher, imagining himself as an agent of progressive social change.

“Over the years I became increasingly focused on research. However, I still care deeply about teaching and mentoring,” he said. “And I suspect when all is said and done, my classroom teaching and mentoring of the many wonderful graduate students with whom I have had the privilege to work may end up being my most important contributions.”

Michael Messner is the first man to be honored with the Jessie Bernard Award, given in recognition of work that has broadened the horizons of sociology to encompass the role of women in society.

Communication professor Sandra Ball-Rokeach is this year’s recipient of the Provost’s Mentoring Award, given to one faculty member each year at the university.

A gateway to gender studies

One of the world’s largest collections of gender studies materials – including historical documents and artifacts from the gay and lesbian and women’s movements – will be housed at USC.