As early as fall, thousands of California science teachers may be tossing their dog-eared lesson plans and starting from scratch.

The Next Generation Science Standards are new proposed teaching methods for kindergarten through high school that focus on helping students develop the analytical skills that are core to scientific methodology, like posing questions, solving problems and studying cause and effect. By training students to think like scientists, educators hope to show the bigger picture of how subjects like physics, biology and chemistry are interconnected.

How will the standards go over with teachers and their students? Frederick Freking already has a pretty good idea, though Next Gen likely won’t hit classrooms in California and other states for at least another year.

Every Saturday for the past two years, the USC Rossier School of Education associate professor has been helping teachers involved in USC’s Neighborhood Academic Initiative (NAI) — USC’s pre-college enrichment program — transition to the new standards.

Based on this experience, he predicts a few challenges. “Bottom line, it’s hard for teachers who have learned science from a more traditional approach to implement inquiry-based approaches,” Freking said. “It’s a total paradigm shift. It does not happen overnight and requires extensive professional development.”

Freking means no disrespect. Quite the opposite. “These teachers are working extremely hard to make an impact on kids’ lives,” he said. “In this era of more accountability and changing standards, we should have more of a focus on supporting these teachers.”

The good news is the hard work seems to be paying off. “We’ve done pre- and post-tests for all the content areas the NAI teachers have taught, and we are showing significant learning gains with the students,” he says.

Freking’s own background is in neuroscience; he did his doctoral work at UCLA on the brains of zebra finches.

“I loved doing that work,” he says, “but I’m a teacher. My passion is making sure every kid has access to science. The critical thinking skills, the questioning skills, the analytical skills you gain by doing science can be applied to almost anything in life.”

Freking joined USC Rossier’s faculty in 2010, training teachers in the school’s respected Master of Arts in Teaching (MAT) program. The coursework in the MAT program has already integrated the Next Generation Science Standards and trains teachers to use the new inquiry-based practices. “We prepare our candidates to create K-12 science learning experiences that are similar to what real scientists do,” Freking explains. “Kids doing science learn science.”

Out of the book 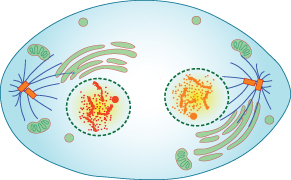 “Currently, teachers give a lecture about mitosis and tell students what happens using drawings and diagrams.

“A teacher in a Next Gen-aligned unit might start a discussion instead: ‘What parts of a plant need to grow?’ Eventually some student would say ‘the roots’ or ‘the tip of a branch.’ Then, using microscopes, teachers would run the discussion based on student observations about what they see magnified in their slides.

“That’s what scientists do. That’s how the body of knowledge in science is formed—people asking questions, conducting experiments, finding evidence and coming up with theories about how things actually work.”

“Do you guys know what a retina is?” Bravo Medical Magnet High School senior Chris Lee asked a group of third graders from Murchison Elementary.

Californians love their public school teachers and believe they are underpaid but hold less favorable views of teachers unions and dramatically would change the way teacher salaries are determined, according to results from the latest USC Dornsife College of Letters, Arts and Sciences/Los Angeles Times Poll.

Kathy Bihr EdD ’05 makes career choices that are both tangible and tactile for children.

How will our next generation of kids learn about science?