Science/Technology
Like everyone else in California, Tom Jordan has an earthquake story, except his happened in South Africa, a place not known for earthquakes. Jordan’s research sometimes takes him down into that nation’s gold mines, which are the world’s deepest. 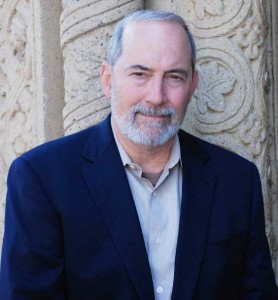 “I was about two miles down in one of the mines when we had a magnitude 3.7 earthquake at about the same level. We weren’t that close to the earthquake’s center, but it killed three miners who were, and it did give us quite a shake,” he said. “Now that is being in the belly of the beast.”

Jordan, a member of the National Academy of Sciences, is an innovative researcher with a talent for leadership. He has come to USC from the Massachusetts Institute of Technology to be the W. M. Keck Professor of Geophysics in the College of Letters, Arts and Sciences’ Department of Earth Sciences. He is also the scientific director of the Southern California Earthquake Center (SCEC), a consortium of over 30 academic institutions headquartered at USC.

“If you study earthquakes, Southern California is the place to be. Half the nation’s earthquake risk is here, with the biggest portion right here in Los Angeles County,” Jordan said. “SCEC is the largest organized effort for the study of earthquakes in the country.”

SCEC has been one of 28 Science and Technology Centers funded by the National Science Foundation. However, there is an 11-year limit on funding for such centers, and SCEC’s NSF support will end in 2002. While the U.S. Geological Survey will likely increase its support for SCEC as it builds up its Southern California presence, the center will have to evolve and broaden its research.

“No one is better suited to lead SCEC through this transition and lead it to the next level of scientific prominence than Tom Jordan,” said Joseph Aoun, dean of the College of Letters, Arts and Sciences. “He is not only an internationally renowned geophysicist, but he possesses an extraordinary package of scientific administrative skills.”

As a researcher, Jordan devised a novel seismological technique to make a series of major discoveries about the three-dimensional structure of the earth’s interior. He uses the waves from earthquakes to look deep inside the earth in an effort to understand the machinery that drives plate tectonics.

The earth’s crust consists of a series of plates, like the shell of a badly cracked hard-boiled egg. The plates are slowly moving over, under and past each other, causing earthquakes when the strain builds up enough to rip the fabric of the crust between the plates.

“The surface motions of the plates are a manifestation of the convection in the earth’s solid mantle, and we have been able to show that this convection goes very deep,” said Jordan.

Jordan is also the author of a theory that describes the structure and evolution of the continents.

“The continental crust is like scum floating on the surface of a pond,” he added. “But there are parts of the continents that are 10 times as thick as the crust. These ‘keels’ extend as much as 300 to 400 kilometers down into the mantle, and they appear to control some aspects of the convection currents that move the tectonic plates.”

Jordan has published approximately 130 scientific articles. He received the James B. Macelwane Award from the American Geophysical Union in 1983, the George P. Woollard Award from the Geological Society of America in 1998 and is a fellow of the American Academy of Arts and Sciences. In addition to his post at USC, he will continue as a professor at the University of Witwatersrand in Johannesberg, South Africa.

Jordan earned his B.S. (1969), M.S. (1970) and Ph.D. (1972) degrees at the California Institute of Technology and taught at Princeton University in New Jersey and the Scripps Institution of Oceanography, UC-San Diego, before going to MIT in 1984. There, he was the Robert R. Shrock Professor of Earth and Planetary Sciences and headed the Earth, Atmospheric and Planetary Sciences Department – a department more than twice the size of USC’s – from 1988 to 1998, before spending a one-year sabbatical at USC.

“USC’s Earth Sciences Department may be small, but it is outstanding,” said Jordan, who was partly drawn to USC by its strength in the information sciences. “Information technology is an increasingly important part of the infrastructure of all scientific research. SCEC, for example, is a truly distributed community, involving over 30 universities spread out across the country, and we need strong information science tools to collaborate effectively on our research.”

He said SCEC plans to collaborate with School of Engineering’s Information Sciences Institute and San Diego’s Supercomputer Center for SCEC research to bring new IT tools to earthquake science.

Jordan, an ardent cook and wine collector, lives in Pasadena with his wife, Margaret. who is a schoolteacher and administrator. His daughter, Alexandra, is an undergraduate at USC studying biology. He has a son, J.P., a senior at the Army and Navy Academy in Carlsbad, and another daughter, Alison, who works with Smith Barney, the brokerage house.

And Jordan will continue to go to the bottom of those deep South African gold mines, he said, in his quest to learn what is happening in the belly of the beast.

“This is another piece of information that all of us in Southern California can use to manage the risks in our lives.”

Researchers will create technology giving scientists and engineers the tools to do complex calculations faster than ever.