USC has announced an agreement with the Mexican Foundation for Education, Technology and Science (FUNED) to provide joint scholarships to students in Mexico seeking master’s and professional degrees.

The announcement came as part of Gov. Jerry Brown’s trade and investment mission in Mexico. During the four-day trip, USC Senior Vice President for University Relations Thomas Sayles, among others, joined a delegation of California leaders to explore ways to boost direct investment in the state, expand bilateral economic and environmental cooperation and connect California businesses with new opportunities and partnerships.

This new agreement establishes joint scholarships in business and professional master degrees that will create new gateways with high returns for the individuals and both countries.

The joint scholarship is the fourth such agreement between USC and top institutions in Mexico, reflecting more than $3.4 million in joint commitments.

“This new agreement establishes joint scholarships in business and professional master degrees that will create new gateways with high returns for the individuals and both countries,” Sayles said. 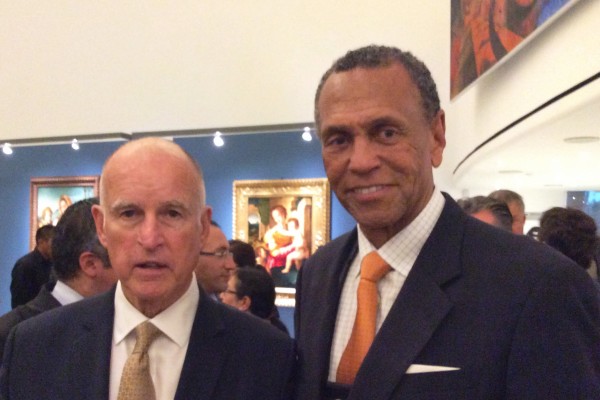 The agreement between USC and FUNED establishes joint scholarships to attend USC in 11 different business and professional master’s programs — in the USC Marshall School of Business, USC Gould School of Law and USC School of Architecture — for an unlimited number of qualified students.

“USC has many advantages for Mexican professional school candidates,” said Fernando Zapatero, USC Marshall’s vice dean for graduate programs and professor of finance and business economics. “Besides our Los Angeles location, with its weather and huge Latino population, language and food, we have incredibly strong connections with China and other Southeast Asian countries that Mexico is increasingly interested in leveraging.”

Founded in 1993, FUNED’s mission is to support the professional development of Mexico’s future leaders by helping them attain master’s degrees at the 200 best universities in the world.

The USC-FUNED agreement is added to several ongoing collaborations with Mexico. This month, USC welcomed 62 students for the inaugural year of Proyecta 100,000, an initiative of Mexico President Enrique Peña Nieto to send 100,000 Mexican students to study in the United States and 50,000 U.S. students to Mexico by 2018.

USC is also launching new programs for USC students to gain practical experience and educational immersion in Mexico, adding three new programs in architecture, journalism and education for the upcoming academic year, as well as maintaining programs in public policy and business consulting.

For 12 years, USC has topped the list of U.S. colleges and universities with the most international students, according to the Institute of International Education. It’s also been one of the top producers of Fulbright student grant recipients. In 2013, USC sent 12 scholars to countries such as India, Mexico and Vietnam for a year of study.

Proyecta 100,000 initiative aims to strengthen educational and research ties between the two countries.

USC and Mexico align to boost opportunities in education and innovation

Mexican officials’ visit is the latest in a recent series of high-level agreements centering on USC.

USC Price has signed an agreement with Mexico’s National Council of Science and Technology to establish a joint program of graduate fellowships.