In these days of computer-generated playlists, the personalized request has become a casualty at many radio stations. But at Classical KUSC, a listener-supported station, requests are a daily feature.

Every weekday, there’s a full hour of requests during the noon hour hosted by Alan Chapman. In addition, every weekday morning at 7:15 a.m., The Morning Show host Dennis Bartel plays an “Off to School Request.” (In the summer months, it’s called a “Summer Vacation Request.”) And Fridays from 4 to 7 p.m., host Rich Capparela takes requests during his At the Beach show. 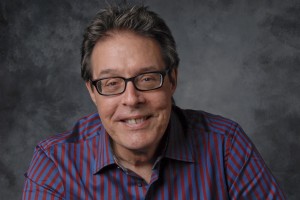 The ones I really like are when people say a piece was their introduction to classical music.

Chapman said the station has been fielding requests since the days that the late Gene Parrish, who joined the station in 1984, hosted the midday show. Back then, requests were taken on the phone in the studio. Now they arrive online.

“I’m very glad to be the host” of the request show, Chapman said. “It’s a chance to talk back to our listeners and thank them for the request.

“The ones I really like are when people say a piece was their introduction to classical music,” Chapman explained. “Often, people who are learning to play a piece request it because they want to hear it played well. Others are advocating for a piece or a composer who they feel is underappreciated, for example, Malcolm Arnold. And still others are very specific, requesting not only a certain piece but a certain performance.”

The station streams worldwide at kusc.org, so requests now come from far afield. “We get a certain number of requests from people who have moved away,” said Chapman. “It keeps them connected to Los Angeles.”

From greatest hits to obscure stuff

Chapman said he admires the appropriateness of listeners’ requests, noting that they understand what is suitable for the time of day. “It wouldn’t serve the audience to play a challenging piece like Schoenberg’s Opus 25 Suite at midday,” he said.

In the morning, “Summer Vacation Requests” are often dedications by parents to children and vice versa. They may celebrate a birthday or other milestone, or they may involve a bit of nostalgia for a piece a listener played in a band years ago.

USC Radio’s Rik Malone, who tracks down the requested pieces of music, said that taking and honoring requests show that “we’re listening to the listeners.”

Malone said that requests seem to be evenly divided between “greatest hits and really obscure stuff that the listener thinks no one else knows about and wants to share.” The former includes pieces such as Pachelbel’s Canon, Rossini’s “Barber of Seville Overture,” and symphonies by Beethoven and Brahms. For the latter, “there’s usually a reason something is obscure,” Malone said, “but sometimes it’s very beautiful, and we end up adding it to our playlist.” One example the station was directed to by a listener, he recalled, is “Serenade for Small Orchestra” by Hungarian composer Leó Weiner.

“Requests definitely bring us closer to the listeners,” Malone said.

Exploring the most beautiful concert halls and opera houses across the globe now can be done from the comfort of one’s own iPad with WorldVenues, a new geolocation app created by Classical KUSC.

KUSC music to soothe those put on hold

Upon approval by the FCC, commercial classical music station KDB in Santa Barbara, Calif., will be operated by Classical KUSC, a nonprofit public station.