Shang-Hua Teng will be a member of this year’s class of Simons Investigators, according to the Simons Foundation. He is one of the two outstanding computer scientists chosen nationwide.

The five-year, $500,000 grants include the opportunity to renew the award for an additional five years, representing a significant and unusually lengthy commitment to funding research into theoretical computer science.

“I am very pleased but not at all surprised of Shang-Hua’s newest distinction,” said Yannis C. Yortsos, dean of the USC Viterbi School of Engineering. “He is an outstanding theoretical computer scientist with fundamental contributions in this important area of science. Shang-Hua brings honor and distinction to our Department of Computer Science and the school. We look forward to important new discoveries from him and his team.” 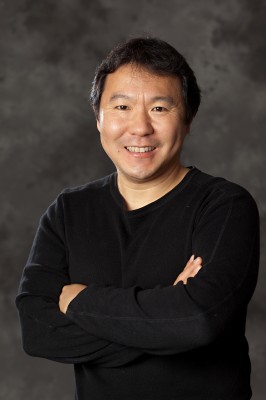 Teng, Seeley G. Mudd Professor of Computer Science, also holds a joint appointment in the Department of Mathematics at the USC Dornsife College of Letters, Arts and Sciences.

The foundation described Teng as “one of the most original theoretical computer scientists in the world, with groundbreaking discoveries in algorithm design, spectral graph theory, operations research and algorithmic game theory.” His work tackles fundamental questions at the foundation of computing, including optimization problems, networking analysis and game theory.

The grant will allow Teng to approach problems with a long-term mindset, funding graduate students from both the computer science and mathematics departments to do research that “focuses on the long game, rather than pursuing the low-hanging fruit,” as Teng put it.

In an economic climate where belts are tightening and research funding comes with demands that it be immediately transferrable to practical applications, large investments in fundamental research is rare — and much appreciated, Teng said. The Simons Foundation was created by mathematician-turned-philanthropist Jim Simons and his wife, Marilyn.

“We’re grateful that he wanted to continue to make an impact on fundamental research,” Teng said.

Teng, who grew up in China, earned a master’s degree in computer science at USC before pursuing a Ph.D. at Carnegie Mellon University. A lifelong member of the Trojan Family, Teng returned to USC in 2009 and served as the computer science chair for three years. His wife, Diana Williams, is an assistant professor of history at USC.

Teng also draws inspiration for his work from his family — for example, watching 2-year-old daughter Sonia learn to speak has sparked an intense interest in understanding language acquisition and the process of learning.

“This is a very exciting period of time for computing, particularly theoretical computing, as its frontier is rapidly expanding,” he said, noting that the fields of inquiry explored by theoretical computer science have relevance throughout academia, including economics, social science, communication, statistics, biology and other areas.

“Shang-Hua is one of most gifted and creative computer scientists of our times. He’s also an inspirational figure to students and young faculty. I’m proud to call him my colleague and friend,” said Gaurav Sukhatme, chair of the computer science department.

Nora Ayanian remembers watching The Jetsons as a child and imagining what it would be like to have her own personal Rosie the Robot make sandwiches with the push of a button.

Here’s scanning at you, kid – computers learn to recognize faces

Technology: USC-designed computer system can ID faces at least as well as people can.