Anna and Elsa managed to rescue their kingdom from perpetual winter in the animated hit Frozen, but the challenge Hollywood faces now is to save other female characters and actors from being iced out of speaking roles in film.

A new study from the Media, Diversity, & Social Change Initiative (MDSCI) at the USC Annenberg School for Communication and Journalism reveals that less than a third of all speaking characters were female across six years and 600 films.

In 2013, females represented just 29.2 percent of all speaking characters. The researchers assessed every character who spoke one or more words on screen — more than 25,000 characters in all from the top grossing films released from 2007 to 2013. The report is the largest, most comprehensive analysis of gender prevalence in recent film to date.

The report is the largest, most comprehensive analysis of gender prevalence in recent film to date.

“Our findings this year are both familiar and phenomenal,” said USC Annenberg Professor Stacy Smith, author of the study and founding director of the initiative. “Female characters are consistently underrepresented in the most popular films each year. However, there are reasons to believe that Hollywood can and does change.”

Poehler and Fey lead the way

One positive finding is that women were most likely to be seen in comedy films in which 36 percent of characters were female in 2007, 2010 and 2013.

“Women like Amy Poehler, Tina Fey, Kristin Wiig and Melissa McCarthy are true trailblazers and just a few of the reasons that women are making strides in comic films,” Smith said. 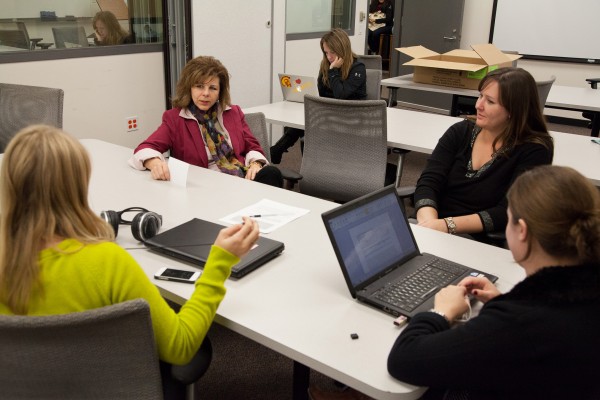 Two other genres stood out to the researchers as areas that need improvement.

“Activists and advocates should take aim at action/adventure and animation films,” Smith noted, referring to two genres featuring the lowest percentages of women. Less than a quarter of the characters in action/adventure films were female (20 to 23.9 percent), and in animation, gains between 2007 and 2010 were balanced out by a drop to 24.6 percent in 2013.

The report also examines how women are depicted on screen. Female characters are significantly more likely than male characters to be shown in sexually revealing clothing or partially naked, a trend that has been consistent over the past six years.

Thumbs up for a downward teen trend

But 2013 saw one important change — the reversal of a three-year climb in female teen sexualization on screen.

“Teen female hypersexualization decreased by around 17 percent in 2013 from a high in 2012,” Smith said. “What this reveals more than anything is that the trends we observe are not always stable. The numbers can change.”

The study also found bad news for women behind the scenes. 2013 represented a six-year low in the presence of women writers and directors. Just two of the 107 directors in 2013 were female, or 1.9 percent. The percentages of writers (7.4 percent) and producers (19.6 percent) are similarly low.

“We need to move beyond asking the industry to change and find solutions that compel decision-makers to diversify their workforce,” said Marc Choueiti, one of the study’s authors.

This is the most recent study from the MDSCI, which releases yearly in-depth analyses of the prevalence and portrayal of gender and race/ethnicity in film. More than 65 students at USC Annenberg worked on the research.

Female? These are your chances of getting on film

Women have made big gains in comedies, but they lag behind in animated films and action flicks. Explore the numbers in this infographic.

‘Little has changed’ for minorities in film and TV

Following a trio of data-filled presentations that examined the paucity of minorities in key roles and positions inside the film and television industries, communication professor Stacy Smith posed a question to filmmaker Ava DuVernay at a panel discussion held in late March.

Career Choices and Challenges for Women, a course offered by the USC School of Cinema-TV, probes gender disparity in cinema.

More women are working in independent film than in Hollywood, according to results of a new study shared on Jan. 21 at the 2013 Sundance Film Festival in Park City, Utah.

For females in film, progress is Frozen