The procedure used the new Xi robot that gives surgeons greater dexterity, precision and ability to remove cancerous tissue in all quadrants of the abdomen and chest because of its smaller arms. In addition, surgeons have a larger operating field in which to work, leading to better maneuverability without having to reposition the robot as frequently throughout the procedure. 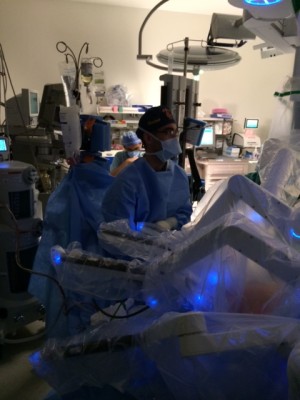 The da Vinci Xi Surgical System robot created by Intuitive Surgical was approved by the Food and Drug Administration on April 1. Using the Xi robot, Gill, founding executive director of the USC Institute of Urology and professor and chairman of the Department of Urology, removed a man’s prostate.

“We perform more robotic surgeries than any other hospital in the metro Los Angeles area, and that is a direct reflection of our surgical expertise and our staying one step ahead by having the latest robotic technology available,” said Scott Evans, CEO of Keck Hospital of USC and USC Norris Cancer Hospital. “For patients, the fact we have the most technologically advanced equipment is compelling, but it is really about the surgeons operating these machines that brings comfort and confidence to those who need expert treatments for the most complex diseases.”

The Keck Medical Center of USC, which consists of Keck Hospital of USC and USC Norris Cancer Hospital, has been pioneering robotic surgery for years. As a university-based medical center, the Keck Medical Center of USC’s reputation as a center of excellence for robotic surgery has led other surgeons and physicians worldwide to its doorstep to be trained on the latest advances in robotic procedures. 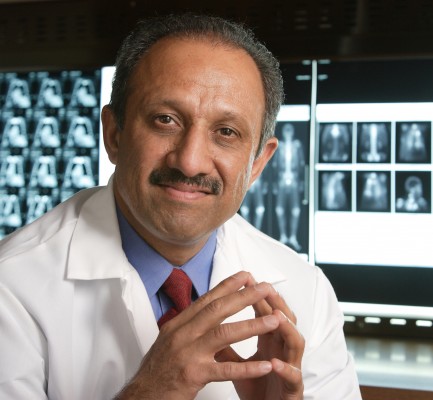 Gill, who also is associate dean of clinical innovation at the Keck School of Medicine of USC, and his team of Mihir Desai and Monish Aron have pioneered many novel procedures at the institute, including removal of a cancerous bladder and construction of a new one totally within the body; and robotic removal of tumors inside the inferior vena cava.

“The Xi surgical system is an evolution of our robotic surgical prowess,” said Desai, professor of urology and director of urological robotic surgery. Aron, professor and vice chair of the Department of Urology added, “This is another example of how we continue to lead the field on latest surgical techniques.”

Added Gill: “Because of our reputation as a center for excellence in robotic surgery, patients come to USC for treatment from all over the world. In addition, we are at the forefront of training other physicians from around the globe on these machines and in the latest robotic surgery techniques because we are committed to pushing the envelope of what is best for patients everywhere.”

Writer, director and producer Jefery Levy and his wife, Pamela Skaist-Levy, co-founder of Juicy Couture, have made a $2 million gift to establish the Leonard B. Skaist Endowed Chair in Pediatric Urology at Childrens Hospital Los Angeles.

Gift helps secure the future of urology education at USC

Felix Yip, clinical professor at the Keck School of Medicine of USC, has fond memories of his internship at USC in 1980.

USC urologists have developed a new method of robotic surgery for kidney cancer, which could help reduce organ damage.