“We wanted to find out if we could detect bias among legislators toward certain groups of people affected by voter ID laws,” said doctoral candidate Matthew Mendez, who did the research with Christian Grose, associate professor of political science at the USC Dornsife College of Letters, Arts and Sciences. Such laws require registered voters to show government-issued ID, such as a driving license, before they can
vote.

We decided to focus on Latinos because while there’s a lot of talk of Latinos being affected by voter ID laws, there’s substantially less about what legislators think of Latinos themselves in relation to these laws.

“We decided to focus on Latinos because while there’s a lot of talk of Latinos being affected by voter ID laws, there’s substantially less about what legislators think of Latinos themselves in relation to these laws.”

Featured in The Washington Post and other publications, the study found strong evidence that “discriminatory intent underlies legislative support for voter identification laws.” 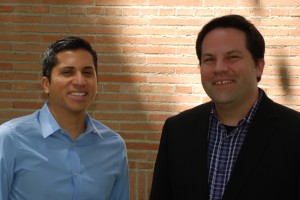 The findings also raise questions about the constitutionality of voter ID laws, which the Supreme Court affirmed in 2007.

Supporters argue that voter ID laws are necessary to combat voter fraud. Opponents point to research showing that voter fraud involving impersonation occurs so rarely it is almost negligible. Moreover, they argue, such laws disproportionately affect minority and low-income groups, as well as the elderly.

Voter ID laws are being passed in more and more states, Grose said.

“In 2007, the Supreme Court ruled that such laws are acceptable because there’s a compelling state interest to protect against voter fraud, even if there are discriminatory effects against, for example senior citizens, Latinos or African-Americans,” Grose noted. “But what is not legal is laws passed with the intent to discriminate against minorities. Since our study shows that legislators who support these laws do respond differentially to minorities, that raises some legal questions about the law that are potentially very big indeed.”

To test bias among state legislators, Grose and Mendez developed a pioneering field experiment. In the two weeks leading to the Nov. 4, 2012 general election, they sent emails to 1,871 state legislators in 14 states with the largest Latino populations in the U.S. The emails read as follows:

My name is (voter NAME) and I have heard a lot in the news lately about identification being required at the polls. I do not have a driver’s license. Can I still vote in November? Thank you for your help.

The study was designed so none of the states included required driving licenses in order to vote. This meant legislators could theoretically have responded to the emails with a simple “yes.”

Grose and Mendez then measured how many legislators responded in each category.

Among both Republican and Democrat lawmakers who do not support voter ID, Spanish-language constituents with both Anglo and Spanish surnames received almost the same rate of response at around 12 percent, with no statistical difference in preference for the Anglophone or Hispanic name, Mendez said.

“I was shocked by the magnitude of the bias,” Mendez said. “I went in thinking we might find a gap of some kind, but I wasn’t prepared for an almost 20 percentage-point gap among those who support voter ID laws based on the name of the ethnicity of the constituent.”

“Research shows everyone has biases,” Grose said. “However, in politics, we tend to believe that logically those biases should be overcome by an elected official’s interest in seeking out reelection. Thus one might imagine that legislators would respond to constituents without regard to ethnic and racial backgrounds because if every person is a potential voter, there’s no reason not to do so. However, our study shows that is not the case.”

The results of the study also have implications for the quality of representation for Latino constituents.

“The same elites who propose and support legislation to restrict Latino voting rights also provide less non-policy responsiveness to Latino constituents, at least in the context examined here. This means that the quality of representation is poor for many Latino constituents,” the researchers wrote.

“The people who are not responding to Latinos and who favor voter ID are a numerical minority in the sample in general, and also a minority within the Republican party, and so the findings of our study are not driven by partisanship,” Grose said.

Grose authored an article published in The Annual Review of Political Science arguing there should be more such studies conducted on elected officials.

“Considering legislators worthy of experimentation in this kind of study and also working with public officials to convince them to collaborate with us in similar experiments with their colleagues so we can learn about politics and governance is something we encourage in our political science and international relations Ph.D. program,” Grose said.

“We didn’t conduct this study to either support or oppose voter ID per se, but I would like to see the results being used by the legal and policy community.”

Panelists go beyond the common classroom stats to gauge their impact on the community.

In the wake of almost constant online interaction among teens, there has been growing awareness of cyberbullying and its devastating consequences.

Arizona’s controversial new immigration law has California’s voters divided by age, ethnicity and gender, according to the findings of the latest USC College of Letters, Arts and Sciences/Los Angeles Times Poll.

California voters support tough law enforcement policies on illegal immigration in large numbers, but more than two-thirds of Californians are willing to carve out exceptions for children who arrived in the United States without documentation.

Are legislators motivated by racial bias?