On the surface, engineering and ballet have about as much in common as accounting and off-roading — not much.

But for dancer Christina Milanes, a 20-year-old senior majoring in electrical engineering, they share some surprising similarities.

In both engineering and ballet, you must be creative, artistic and precise.

“In both engineering and ballet, you must be creative, artistic and precise,” Milanes said. “Ballet is very technical, and like with engineering, you have to have a strong foundation on the basics before you can learn the hard, fun things.”

Milanes began dancing when she was just 3, and her passion for ballet has become a part of who she is ever since. Her interest in engineering was sparked at a young age, too, during regular trips to Disneyland from her hometown of Sacramento. The realistic, fluid movements of the Disneyland rides fascinated Milanes, and even as a kid watching Pixar-animated movies, she loved the DVD bonus features that explained how the films were made.

“I thought it was so cool that they could make characters move with a computer,” Milanes said. “What Disney does really marries art and technology.”

Sharing her excitement for engineering 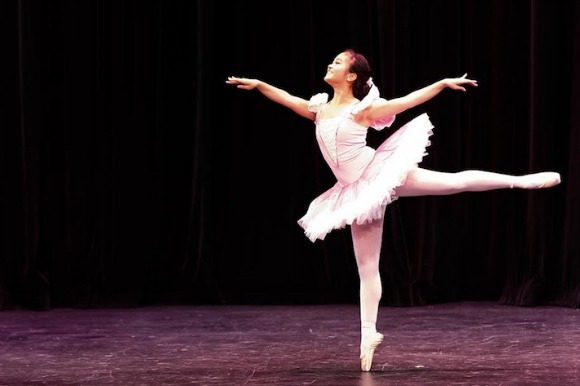 Christina Milanes began dancing at the age of 3. (Photo/courtesy of Ian Elston of Elston Photography)

Milanes now juggles both of her passions simultaneously. She focuses her electrical engineering studies on signal processing. Last semester, Milanes joined a new robotics group at the USC Viterbi School of Engineering and began work on designing a kill switch for robots that she hopes to complete this fall.

She also coaches new students for the Freshman Academy, an introduction-to-engineering seminar. Milanes and other coaches help the new Trojans with research, resumes and acclimating to life as a USC student.

“She approaches her role as a [Freshman Academy] coach with an excitement and energy that’s contagious,” said Jenny Vazquez-Akim, associate director of student engagement and support programs.

Vazquez-Akim is also Milanes’ mentor for the Klein Institute of Undergraduate Engineering Life (KIUEL) programming committee, where Milanes serves as chair. The committee helps plan events for USC Viterbi undergrads, and Milanes’ favorite one is the annual Engineers Week talent show, where engineering students can showcase their musical talents.

“Engineers in Viterbi really are well-rounded and have such a wide range of interests,” Milanes said. “That’s definitely something that separates us from other engineering schools.”

Milanes finds her work with KIUEL and the Freshman Academy “really rewarding. You feel like you’re helping the students find their niche in USC.”

A deep appreciation for dance

As if all of that isn’t enough, Milanes also co-directed the USC Chamber Ballet Company until last year, when she turned her attention to a passion project and co-founded USC danSCollaborative. The group is open to members of all the USC-affiliated performance organizations, several of which came together for a multicultural performance on stage last fall.

“It’s really interesting to see at USC how diverse all of these different types of dance styles and movements are,” Milanes said. “Seeing how people with different backgrounds and cultures can all express themselves through movement gave me a deeper appreciation for the art of dance. It reminded me why I love dancing so much. It really is a universal language that can be understood by anyone.”

The goal for danSCollaborative in the 2014-15 school year is to ramp up the involvement by putting on two major performances.

Gloria Leung, danSCollaborative co-founder and USC alumna, said Milanes is “hardworking, dependable and always approachable,” adding that she “infuses her passion for dance into her work and inspires others to rekindle their passion as well.”

What will the future hold? 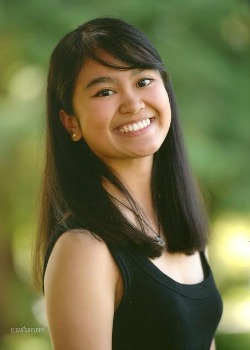 After a summer spent interning with Boeing to design communication systems for satellites, Milanes is ready to strap in for her final year as an undergrad. Like most students in her position, she’s uncertain of what the future holds, but Milanes knows what her dream gig would be: working with Walt Disney Imagineering to design the rides she loved so much as a kid.

“Everyone says Disney is so magical, but those people building rides are the actual ones making the magic,” she said.

And her professors know Milanes is more than capable of making her own.

“Christina is a vibrant, focused and extraordinarily talented young lady,” said USC Viterbi Professor John Choma, who added that when tasked with unfamiliar material in his research lab during her underclassman years, Milanes quickly assimilated to the task at hand.

Milanes owes that in part to Choma and the other professors who have guided her along the way, especially when she felt uncertain as to which direction she should take with her degree focus.

“I had no idea where I wanted to go with it — it was a pretty big decision to make,” Milanes said. So she sought the advice of the advisers she trusted most and eventually settled on signal processing. “The professors in Viterbi have been great about being accessible to students and really genuinely showing they care about us. The door’s always open with them.”

The big question: Will Milanes still dance if her dream Imagineering gig, or any engineering job, comes along? It’s tough to say for sure, though she hopes so. One thing Milanes does know is that a lot of what she learned in the artistic ballet world will apply to the scientific engineering workforce she’s about to enter.

“Ballet taught me about work ethic at a really young age,” Milanes said. “It gave me a lot of skills that I think are really applicable to any job I go into.”

And no matter which direction her career leads, she’ll always be on her toes.

From Ballet to Books

Author Adrienne Sharp MPW ’87 brought to life the world of Russian ballet at the Nov. 17 Friends of the USC Libraries Literary Luncheon in Doheny Memorial Library.

Documentarian finds herself in step with a dancer

USC film alumna Melanie D’Andrea was trying to find stories ‘in the fabric of Los Angeles.’ She didn’t expect to be watching freestyle street dancing at 2 a.m.

Keeping Healthy Dancers on Their Toes

Margo Apostolos, associate professor and director of dance at the USC School of Theatre, has a unique outlook on dance injuries.

Let’s dance! (and check your health, too)

Local senior citizens and USC School of Pharmacy students put on their dancing shoes on April 6 for the seventh annual Senior Prom event held at the St. Barnabas Senior Center in Los Angeles.

A senior who pirouettes between ballet and engineering