In Los Angeles and Orange counties in the past year, the oil industry has used more than 45 million pounds of toxic air pollutants as part of its 477 hydraulic fracturing (fracking), acidizing and oil extraction operations.

More than half of the associated oil wells were located within 1,500 feet of a home, school or hospital. One well was 12 feet from a house.

This does not sit well with Angela Johnson Meszaros ’91, JD ’94.

Around Los Angeles people always say, ‘Oh, the air is so much better now than it used to be,’ which may well be true, but it’s still really bad.

Through her work as general counsel at Physicians for Social Responsibility-Los Angeles (PSR–LA), Johnson Meszaros ensures that public health professionals are engaged in environmental public health policy and support of community-based efforts to protect public health. 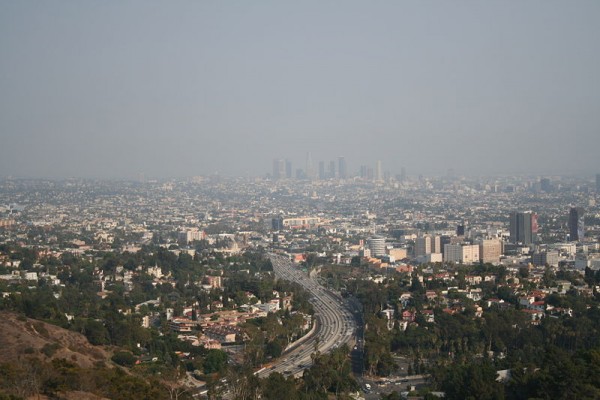 A significant amount of air toxics are used as part of the extraction of oil and gas. (Photo/Massimo Catarinella)

“The main part of my job is working on programs, and my area of focus is air quality,” the San Francisco Bay Area native said. “But the big chunk of my work these days is focused on oil and gas extraction, and in particular we’ve been researching the health impacts of oil and gas extraction in Los Angeles.”

The above findings came from a recent report on air toxics generated by several local organizations as part of a campaign to analyze the chemicals being used and push for air monitoring at the oil wells. Partner organizations included PSR–LA; the Center for Biological Diversity; Communities for a Better Environment; and the Center on Race, Poverty and the Environment.

The alarming statistics in the report often don’t register with the general public, Johnson Meszaros said. In reality, a very significant amount of air toxics are utilized as part of the extraction process.

“This points to a bigger question,” she said, referring to the well that is located 12 feet from a house. “What does it look like to do this kind of activity in a dense urban fabric like Los Angeles County?”

Toxic air pollutants are known or suspected to cause cancer or other serious health effects, such as reproductive or birth defects, or adverse environmental effects.

“Our report is meant to raise policy questions because we’re going to have to make some policy decisions about whether or not this is prudent,” the USC alumna said. “Here we are, actually bringing harm to people’s communities, and if we’re successful what we get is a bunch of oil. And then we burn that oil, which has its own host of health effects.”

In addition to high rates of smog-related asthma and bronchitis, high levels of particulate matter in the air resulting from burning fossil fuels have been linked in studies with lung cancer, heart disease, brain disease, low birth rate and even autism.

“Around Los Angeles people always say, ‘Oh, the air is so much better now than it used to be,’ which may well be true, but it’s still really bad. More people die from breathing the air in the South Coast Air Basin than in any other air basin in the country.” 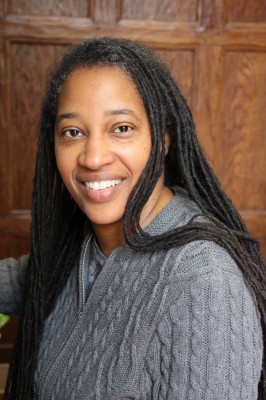 Before entering the world of environmental justice, Johnson Meszaros started out as a philosophy major at USC Dornsife, earning her bachelor’s degree.

In the philosophy department, she noted that Associate Professor Janet Levin in particular encouraged her to consider what she wanted to do with her life and career. Levin also invited her to join her graduate seminar as an undergraduate student.

“I was the first person in my family to go to college, so Janet had an important impact on me in terms of considering the range of opportunities that were now available to me, things I had never really thought about.”

She continued her education at the USC Gould School of Law. In a civil rights course, Mark Rosenbaum, now chief counsel of the American Civil Liberties Union of Southern California, discussed the issue of childhood lead poisoning. The class learned about the social and economic dynamics of who is poisoned and how it happens — most often low-income children of color who are living in substandard housing.

“Here was a space where for the first time people were talking about class and color, what that means and how that impacts people,” she said. “It wasn’t the traditional conversation about access to schooling, jobs and things like that, but this whole other world. That’s when I realized that I really wanted to work on these issues.”

To Johnson Meszaros, environmental justice is also about ensuring that people who are impacted are involved in decision-making.

“I work with the people who are affected, so that they have the tools and information they need to be included in the decision-making processes that will have such profound impacts on their lives.”

Living near major highways has been linked to childhood asthma, but a new study led by researchers at the Keck School of Medicine of USC suggests that traffic-related pollution near schools is also contributing to the development of asthma in children.

Girls may be at higher risk for ill effects than boys.

The thickness of artery walls increases as levels of pollution rise, say USC researchers. Exposure to pollutants, the findings suggest, may play a key role in the development of cardiovascular disease.