Are you sick of phone-charging wires clogging up workspace? Tired of depending on a power socket to charge your phone wirelessly? Thanks to the ARK, a state-of-the-art charging device made by the technology company Bezalel, you may no longer have to deal with these high-tech hassles.

“It will be better than any other chargers on the market,” according to ARK co-creator Frank Wu MA ’12, who graduated with a master’s in mechanical engineering.

It’s easy to use, stable, reliable and fits into your everyday life.

The device, which is expected to come to market soon, charges phones through a process known as magnetic induction — place a cellphone on top of the ARK, and it will immediately begin charging. The wireless device, which is small enough to fit in pockets, comes with a case for iPhones and a patch for Samsung phones. 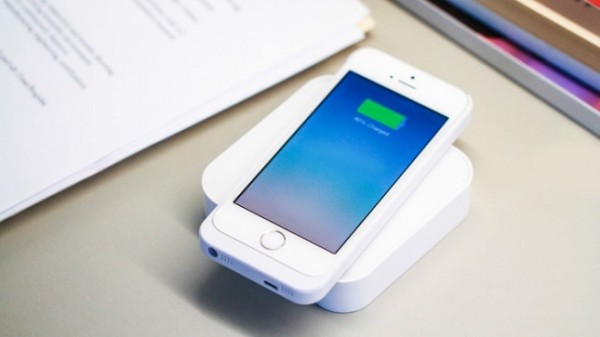 “They act like receivers to enable wireless charging, but future iterations of phones will not require a case and patch to charge,” said Jam Isaga, one of the co-founders of Los Angeles-based Bezalel.

According to Gadget Review, an online tech website, “It’s easy to use, stable, reliable and fits into your everyday life — all without the need for annoying cords, making your life way simpler.”

The ARK will sell for $79.99 on the company’s website. In the future, the company plans to showcase the device at electronics exhibitions.

“We are very excited about this project. We have more ideas to bring out later that will be about more than just wireless charging,” Wu said. “We believe the following five years is where wireless charging will start to find its place at the center stage of electronics and mobile devices.”

One of the best ways to get a child’s attention is a cellphone. So when USC researchers looked for a way to survey youngsters about sedentary behavior, they turned to mobile phones.

New findings about behavior involving mobile devices confirm what frustrated parents, supervisors and teachers already believed: Many Americans said that using a cellphone — or even its presence — during a meal, a meeting or in the classroom is not appropriate.