Laura Mosqueda MD ’87 has been named chair of the Department of Family Medicine, professor of family medicine and geriatrics (clinical scholar) and associate dean of primary care at the Keck School of Medicine of USC.

Making the announcement, Dean Carmen A. Puliafito called her “an outstanding clinician and innovative teacher with a proven track record as a dynamic builder of clinical, educational and interdisciplinary programs.”

Mosqueda served the past 16 years as associate dean of primary care, chair and professor of family medicine and geriatrics, and holder of the Ronald W. Reagan Endowed Chair in Geriatrics at the University of California, Irvine (UCI) School of Medicine. She is a widely respected authority on geriatric and family medicine, elder abuse, and care of the elderly and underserved. 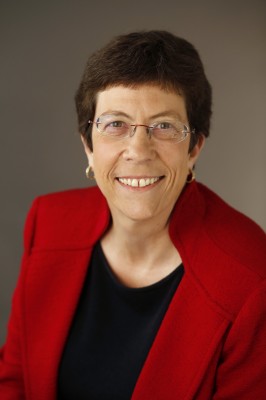 She succeeds Jerry Gates, who will step down after serving as chair of the Department of Family Medicine since 2007.

Mosqueda is co-director of the National Center on Elder Abuse, a federally funded initiative that serves as the nation’s coordinating body and clearinghouse for information on research, training, best practices, news and resources on elder abuse, neglect and exploitation. She is the principal investigator for a major Health and Human Services-funded study that addresses primary and secondary prevention of the abuse of people who have a dementing illness and is the leader of numerous other activities related to elder justice.

At UCI, Mosqueda co-founded the nation’s first Elder Abuse Forensics Center, which unites legal, medical, social services and law enforcement experts to improve the investigation and prosecution of elder abuse cases. In 2006, Los Angeles County agencies established a center patterned after UCI. There are now four Elder Abuse Forensic Centers in California and one in New York. In April 2011, the center at UCI received the U.S. Department of Justice’s national Award for Professional Innovation in Victim Services.

Mosqueda is also an expert on medical education curricula design, development and implementation. She was the principal investigator on a four-year, $2 million grant from the Reynolds Foundation that led to integration of geriatrics education throughout the UCI School of Medicine and was chair of the school’s committee that provided oversight of all medical education activities.

The USC School of Social Work has been selected to establish a Hartford Academic Center of Excellence in Geriatric Social Work.