Professor Philip Seib, a noted scholar, writer and public intellectual, has been named vice dean of the USC Annenberg School for Communication and Journalism.

“I look forward to working with Phil in his new role,” Dean Ernest J. Wilson III said. “I have already come to rely on Phil’s good judgment and superior leadership and management skills as part of his past roles here.”

Seib joined the USC faculty in 2007. He serves as a professor of journalism and public diplomacy at USC Annenberg and professor of international relations at the USC Dornsife College of Letters, Arts and Sciences. He is a past director of the USC Center on Public Diplomacy. 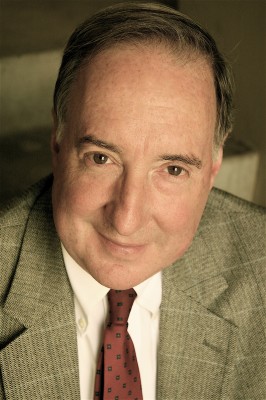 Seib’s combination of skills and experiences in both academia and industry, along with his areas of expertise in a variety of fields central to USC Annenberg’s mission, made his disciplines-spanning selection as vice dean an obvious choice.

“Among my goals is to make sure that there is more common ground shared by the School of Communication and School of Journalism — that there is a real USC Annenberg presence,” Seib said. “We have a lot of talent, and sometimes people are hesitant to cross lines between the two schools. I’m going to encourage people to do more of that crossing of lines.”

He added: “I’ve been at Annenberg for eight years now; I’ve been teaching for more than 30 years. I’ve been working both on the journalism side, and, through my work in public diplomacy, on the communications side, so I have bridges built already in multiple directions, and now I’m interested in creating a large and broad bridge between the schools.”

Seib’s research interests include the effects of news coverage on foreign policy, particularly conflict and terrorism issues. He is the author or editor of numerous books, including Headline Diplomacy: How News Coverage Affects Foreign Policy; The Global Journalist: News and Conscience in a World of Conflict; Broadcasts From the Blitz: How Edward R. Murrow Helped Lead America Into War; Beyond the Front Lines: How the News Media Cover a World Shaped by War; New Media and the New Middle East; The Al Jazeera Effect; Toward a New Public Diplomacy: Redirecting U.S. Foreign Policy; and Real-Time Diplomacy: Politics and Power in the Social Media Era.

Seib’s elevation to his new post, effective July 1, comes during an era of great imagination and invention at USC Annenberg. In recent years, for example, the school has opened the Annenberg Innovation Lab; launched the popular Media, Economics and Entrepreneurship initiative; experimented with wearable computing, augmented reality and 3-D printing; and emphasized creative collaborations across industries and disciplines.

The USC U.S.-China Institute and the USC Center on Public Diplomacy are among the school’s leading in-house international and policy programs.

“Larry Gross has been a valuable contributor to the well-being of the School of Communication and to USC Annenberg as a whole,” Wilson said. “We all look forward to his return in a year.”

Steve Harvey taps journalism student as Intern for a Day

Fernando Hurtado takes on a flurry of assignments in Chicago.

Philip Seib speaks on a panel about “Winning Hearts and Minds: American Public Diplomacy in the 21st Century” at Johns Hopkins University.

Associate Professor Jay Wang will become the new director of the USC Center on Public Diplomacy, which is based at the USC Annenberg School for Communication and Journalism.