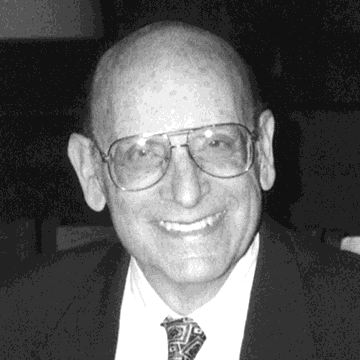 Peter Swerling, a man who made enormous contributions to the science of radar systems, died Aug. 25 of cancer at his home in Santa Monica. He was 71.

Born in New York City, Swerling grew up in Beverly Hills, where his father, Jo Swerling, was one of the most successful screenwriters of the era. Early on, Swerling’s father recognized his son’s analytical gifts and, on the boy’s 10th birthday, introduced him to Albert Einstein, who advised young Swerling to pursue his studies in mathematics.

Swerling entered Caltech at the age of 15 and graduated three years later in 1947 with an undergraduate degree in mathematics. He received his A.B. in economics from Cornell University in 1949 and a Ph.D. in mathematics from the University of California in 1955. While in graduate school, he worked at Douglas Aircraft with the newly formed Project RAND. Best known for his work in radar during the early days of the RAND Corp., Swerling also taught at USC, was founder and president of Technology Service Corp., was elected to the National Academy of Engineering in 1978, and was a fellow of the Institute of Electrical and Electronic Engineers.

According to University Professor Solomon Golomb, Swerling was active as an adjunct professor of electrical engineering from 1965 to 1967, teaching advanced graduate seminars in communication theory. He served on doctoral committees, supervising one dissertation, and performed other adjunct faculty duties until 1978.

Swerling is perhaps best known professionally for the class of statistically “fluctuating target” scattering models he developed in the early ‘50s to characterize the performance of pulsed radar systems.

“I think it is a fair statement to assert that Peter Swerling was the leading radar theoretician of the second half of the 20th century,” said Golomb, “certainly in the United States, and probably in the entire world.”

Swerling is survived by his wife of 42 years, Judith, three children, six grandchildren and a brother.

In memoriam: Charlotte Furth, 88, was among first U.S. scholars to enter China after communist revolution

During her 30-year career at USC Dornsife, the trailblazing historian’s achievements include a groundbreaking book on the history of Chinese women’s reproductive care.