Geoffrey Long’s interest in transmedia, or multiplatform storytelling, was sparked by his love for comics and games.

As a kid in the 1980s, he was especially drawn to Transformers and what he saw as the glaring inconsistencies that resulted in a character being killed off in an animated TV series, only to then have that character be very much alive in the next comic book.

With transmedia play, we’re really looking at encouraging a new approach to reading and learning.

Long was aware of these inconsistencies, but he didn’t realize other people were intrigued by the topic until an article by Henry Jenkins appeared in 2003 when Jenkins was teaching at the Massachusetts Institute of Technology. Jenkins now serves as chief adviser and senior research fellow for the Annenberg Innovation Lab. Long is AIL’s technical director and research fellow.

“I was like, there’s a word for this thing that I’ve been obsessed about for so long,” said Long, one of the speakers at a USC forum held on June 4. The event was hosted by Transmedia Los Angeles, which brings together leading minds to share ideas, experiences and techniques.

As defined by Jenkins, transmedia storytelling is “a process where integral elements of a fiction get dispersed systematically across multiple-delivery channels for the purpose of creating a unified and coordinated entertainment experience. Ideally, each medium makes its own unique contribution to the unfolding of the story.” The storytelling is distinctive from franchises, adaptations and sequels, and is meant to deepen one’s understanding of a single story.

“A traditional story may have been told across a film trilogy,” Long said. “But something like a transmedia story might start in animation, go to a movie, go back to animation, go back to a second film, go into a video game, go back to a third film … and if you follow this story across all of these platforms, you will have an experience that is vastly greater than you would have had if you only experienced the movies alone.”

Long’s studies have included a push to define transmedia as its own medium, or meta-medium. He imagines a future in which, when one finishes a television series on Netflix, the streaming service then links the viewer to comics or e-books that serve as a continuation of the story. 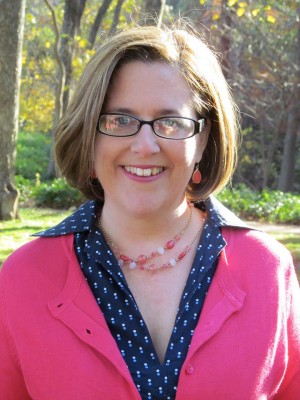 Other transmedia scholars, like Erin Reilly, AIL creative director and research fellow, see potential in the role transmedia can play, and already has played, in viral marketing, online activism, and entertainment and education strategies for children. One of Reilly’s projects is Flotsam, a transmedia play that explores joint media engagement between children and their caregivers.

“While some may look at [transmedia] purely as entertainment value, creating a new lens to tell a story offers a different point of view,” said Reilly, whose work has especially focused on engaging children with content across platforms. “With transmedia play, we’re really looking at encouraging a new approach to reading and learning and joint media engagement, whether it’s sibling-to-sibling or parent to child.”

The business and craft of storytelling

Dana Gioia, Judge Widney Professor of Poetry and Public Culture at USC, and Deborah Harkness, USC professor of history, will be featured speakers at the inaugural USC Writers Conference on April 20 at Doheny Memorial Library.

Data journalist is one of 11 to be chosen for a fellowship at Google, where he’ll work with some of the world’s top analytic teams.

Christina Schucker loves her job in the auto industry but needed to learn more about audience strategy to move ahead. That’s where USC Annenberg’s online Master of Science in Digital Media Management program comes in.

An obsession inspires a different type of storytelling