One of his earliest memories is being with his mother at a subway station as a 5-year-old. Two thugs threatened to throw the boy onto the tracks if his mother didn’t relinquish her $40 watch. Later, as an adult in his hometown, Wong was assaulted and robbed, receiving numerous kicks to the head. He testified before a grand jury — his first experience in criminal court.

“These incidents made me want to work in public service,” Wong said. “I’ve known from an early age this is what I wanted to do.”

Graduating from the USC Dornsife College of Letters, Arts and Sciences in 2003, Wong has dedicated his career to public service through his work as a federal prosecutor.

I dealt with a lot of violent crimes. They basically throw you right into the fire.

On June 23, Wong will receive a Tommy Award in New York City, presented by the USC Alumni Club of New York. The evening is a celebration of the contributions made by USC alumni to the cultural, philanthropic and business communities of New York. Winners of the award are selected on the basis of their overall record of service, leadership, dedication and contribution to the Trojan Family.

Attending USC Dornsife thanks to a generous financial aid package, Wong pursued his plans for a legal career. A first-generation college student, he double majored in history and political science and found inspiration in the classroom of former USC Dornsife professor Janelle Wong.

“She taught the Asian-American aspects of politics and history, which I found very interesting. She also encouraged Asian-American participation in politics.”

After completing law school in New York, Wong began working at the district attorney’s office in the Bronx.

“You start off with smaller cases, then work your way up,” he said. “I dealt with a lot of violent crimes like stabbings, shootings, robberies. They basically throw you right into the fire, and I got great experience working there.”

Four years later, he moved to a position in the Department of Homeland Security. Working as assistant chief counsel, he dealt with cases related to asylum seekers, immigration cases and criminal aliens. 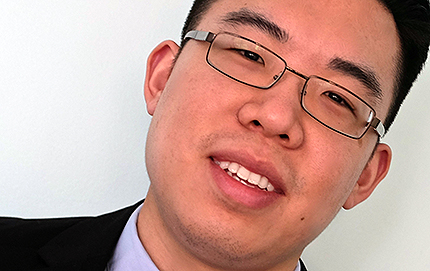 Wong was born in the Bronx. (Photo/courtesy of Jason Wong)

“Both of my parents came as immigrants to the United States and dealt with the immigration process directly. My dad brought a lot of his extended family over [from Taiwan and China], and seeing how this affected so many lives in a positive way, I became very interested in immigration law.

“My parents went through a lot of hardships in China after World War II and so the asylum laws are particularly meaningful to me,” he continued. “It is very rewarding to be a part of the process that helps ensure the integrity of our nation’s asylum laws and that deserving individuals are protected.”

Wong currently is working as a special federal prosecutor at the U.S. attorney’s office in Manhattan. The hybrid position was developed by DHS and the Department of Justice. Wong, who was recommended for the job by his superiors, embraced the opportunity.

In contrast to the district attorney’s office, the U.S. Attorney’s office prosecutes all the federal crimes in its jurisdiction, which are different than state crimes, Wong said. State crimes are generally more reactive — an incident occurs, police officers make an arrest and evidence is analyzed. With federal crimes, law enforcers typically focus on investigating, and suspects don’t know they’re being surveyed.

“When you’re investigating a federal case, it’s great because you’re building something — at the outset you may just have a suspicion that someone is committing crimes, whether it be a sexual predator, an international narcotics trafficker or a matter of serious fraud. You have to build up the case to prove at trial that someone is guilty beyond a reasonable doubt. It is truly an exciting and remarkable way to serve the public.”

Though fighting crime in the legal system can sometimes feel like a Sisyphean task, Wong regularly reminds himself that every bit of difference he makes helps. Each prosecuted criminal stops an individual from committing crime in the future and acts as a deterrent to others.

Wong feels privileged to bring his USC learning to bear in the place where he grew up, and he enjoys participating in New York alumni club events when he has time away from work.

“I probably would have chosen another career path, doing private law work if I was struggling with loans, but USC’s generous financial aid gave me the flexibility to do public service and public interest work. I am so grateful for this.

“Going to USC allowed me to pursue the path I always wanted.”

More than 100 students from around the world leave their home countries each year to study law at USC.

USC Gould professor is the only university provost now sitting on the institute’s governing body.

USC Department of Public Safety detective Josh Voyda ’98 was recognized by the Peace Officers Association of Los Angeles County for his exceptional work in cyber investigations. Voyda’s specialized computer skills have led to several significant arrests and convictions for robbery, burglary and theft.