On the men’s team, doubles partners Ray Sarmiento and Yannick Hanfmann earned dual status as ITA All-Americans, having secured the honors for both singles and doubles this season. With several achievements earned as singles players, this is the first career ITA All-American doubles honor for the duo, who combined forces as the top-ranked and top-seeded pair in the NCAA Doubles Tournament this year. They finished the season ranked No. 4 in the nation as a doubles power pair. 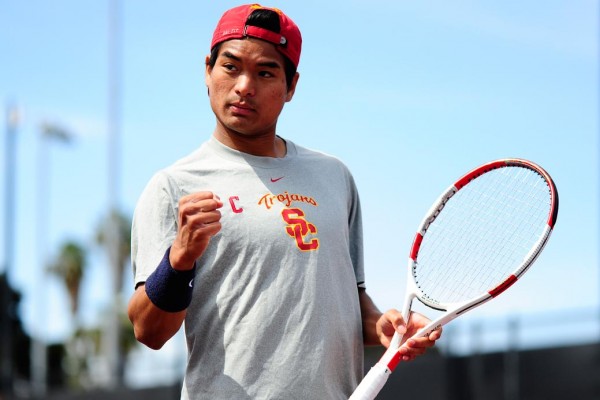 Sarmiento, who graduated in May, ended his USC career with three NCAA championships and as the nation’s No. 7-ranked singles player. Named the NCAA Tournament Most Outstanding Player, Sarmiento finishes as a five-time ITA All-American (four for singles, one for doubles) and also earned accolades with Hanfmann as the 2014 Pac-12 Doubles Team of the Year. 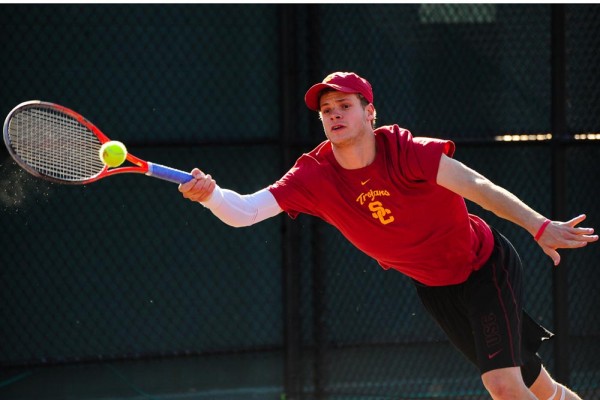 Hanfmann ended his junior year with two NCAA team titles (one for singles, one for doubles) and with a No. 5 ranking in singles. Named the 2014 Pac-12 Singles Player of the Year, Hanfmann started his junior season strong by winning the ITA Southwest Region Singles Championship. 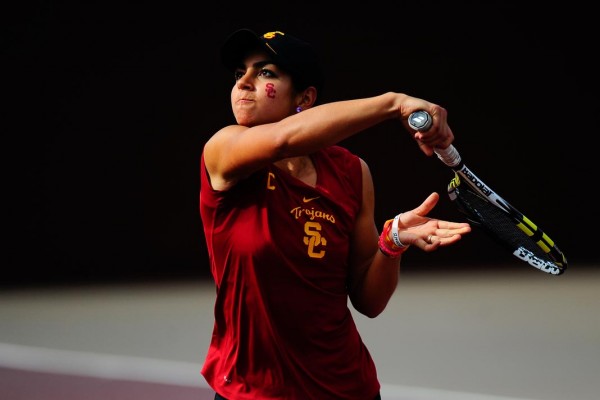 On the women’s team, Zoë Scandalis closed out her junior year ranked No. 20 in singles and with a second ITA All-American singles honors (she earned her first as a freshman in 2012). She also boasts top-20 status in doubles as half of the nation’s No. 18 doubles team alongside partner Giuliana Olmos. Scandalis also was a two-time Pac-12 Player of the Week and reached the ITA/Riviera All-American Doubles final with Olmos.

These honors cap an exciting 2014 season for USC’s tennis program, which included a stunning national championship win by the men’s team that secured the university’s 100th NCAA title.

Former USC three-time All-American women’s tennis player Heliane Steden ’86 has endowed a scholarship in her name for the Women of Troy tennis program.

The title gives USC an automatic berth into the 2022 NCAA Tournament, the team’s 15th consecutive trip to the tourney.