Karen Lincoln, associate professor at the USC School of Social Work, ranks among the most influential African-American social work scholars in the United States, according to a list published in Research on Social Work Practice.

An expert in the area of mental health disparities, Lincoln tied for third among 14 forward-thinking black scholars. The ranking was part of a study summarized in the article “Citation Impact Scores of Top African-American Scholars in Social Work Schools: The Story Behind the Data,” which examined research productivity among minority faculty, specifically African-American social work professors, to determine how they have fared in what the authors call downsized and corporatized research-oriented institutions of higher education.

African-American scholars from the top 25 schools of social work were assessed by their citation impact scores, which are based on a formula that considers a researcher’s most cited publications and the number of citations received in other publications. 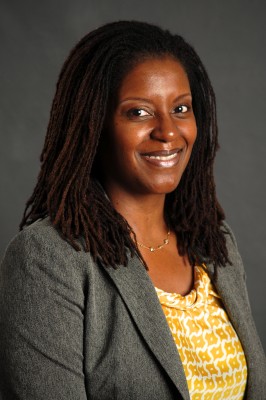 “Researchers like Karen reflect the USC School of Social Work’s scholastic strength and commitment to recruit and support faculty who bring a diversity of experiences and talents to the field and classroom,” said Marilyn L. Flynn, dean of the School of Social Work. “We are very proud of Karen and her impactful scholarship.”

While completing her degree, Lincoln began exploring social support within the context of race and ethnicity at a time when few were focusing on that topic. That initial focus grew into explorations of the interplay between stress, social support systems, race, personality, personal resources and mental health. Her research revealed that social support buffered the effect of stress for whites but not for African-Americans, perhaps because close social support systems are more normative in black communities and don’t manifest only during instances of stress.

But Lincoln quickly became far more interested in within-group differences in black populations, a far less understood domain of inquiry. Although African-Americans are known for having better mental health than many ethnic groups, stark differences emerge within the African-American population when separated by gender, age, income and relationship status.

Subgroups of sick people in black communities often get lost amid the perceived healthfulness of the general population, but Lincoln’s research is prompting social workers to design interventions that address increasingly specific needs.

Lincoln joined the USC faculty in 2007 and quickly expanded her work to include other minority populations such as Latinos, Asian-Americans and Caribbean blacks, in addition to specializing in depression. One key study revealed that race alone does not predict depression risk, confirming her general thesis that racial differences shouldn’t be the only factor considered when treating health disorders.

She is currently examining how mental health disorders relate to physical health problems such as obesity. To that end, she was recently published in the Journal of Health Care for the Poor and Underserved and has received funding from the Southern California Clinical and Translational Science Institute to continue her work in this area, with the goal of finding hidden linkages that will lead to more encompassing intervention strategies.

“I am quite pleased the study recognizes the impact and contributions of African-American scholars to the field of social work,” Lincoln said. “It is quite an honor to be in such good company and to know that these scholars would be highly esteemed within the profession regardless of race.”

Amid her research endeavors, Lincoln finds time to teach graduate courses, as well as advise and mentor graduate students and emerging scholars. She is also a senior scientist at the USC Edward R. Roybal Institute on Aging, director of the USC Hartford Center of Excellence in Geriatric Social Work, and founder and chair of Advocates for African American Elders at the Roybal Institute, a project that conducts community outreach and informs policymakers about aging issues affecting older African-American adults in Los Angeles.

LA through the stories of African Americans

Odessa Cox’s dream of opening a junior college in an African American neighborhood led to the opening of Los Angeles Southwest College.

They weren’t seeking leadership roles, but Tangela “Tangie” Griffin and Myra Waters stepped up when the president of the group — which supports formerly incarcerated master’s and doctoral social work students — died unexpectedly.