Three students at the USC Dornsife College of Letters, Arts and Sciences have been awarded 2014 Boren Scholarships, which will support them for a year of study overseas in Japan, China and Senegal — countries critical to the United States’ national security.

The students were selected from a pool of 868 applicants. Altogether, 165 Boren Scholarships were awarded.

This year’s recipients are Kayla Foster, Benjamin Miles and Linda Wang. As part of their scholarships, presented by the Institute of International Education on behalf of the National Security Education Program (NSEP), the awardees commit to seeking work in the federal government in the area of national security for a minimum of one year.

The program takes a broad definition of national security, recognizing that the scope of national security has expanded to include not only the traditional concerns of protecting and promoting American well-being, but also the challenges of global society — sustainable development, environmental degradation, global disease and hunger, population growth and migration, and economic competitiveness.

“To continue to play a leadership role in the world, it is vital that America’s future leaders have a deep understanding of the rest of the world,” said David Boren, president of the University of Oklahoma and namesake of the award. As a U.S. senator, Boren was the principal author of the legislation that created NSEP and the scholarships and fellowships.

“As we seek to lead through partnerships, understanding of other cultures and languages is absolutely essential,” he said. 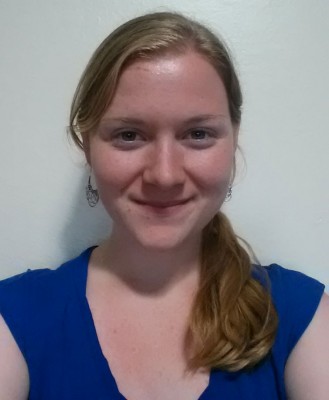 Sophomore Kayla Foster has a keen interest in the Japanese military’s evolving role in the Pacific. Originally from Rockton, Ill., Foster, who is double majoring in East Asian languages and cultures, and international relations, will spend a year in Japan studying at Sophia University in Tokyo. There, she will take advanced languages courses in Japanese as well as study Japanese foreign policy and politics, and East Asian political affairs.

In particular, she looks forward to supplementing her classroom learning with experiences on the ground. Foster intends to visit Japanese war memorials and archives, and hopes to interview World War II survivors. If possible, she plans to travel to Okinawa and other U.S. military bases to explore the relationship between America’s military presence and Japan’s changing military policies. Currently, Article 9 of Japan’s constitution forbids the country to maintain a standing military or wage war. Meanwhile, the Treaty of Mutual Cooperation and Security, signed in 1960, allows U.S. military bases to operate in the country. Foster’s research will inform her senior capstone project at USC Dornsife.

“My interest in these places comes from a desire to understand how Japan is trying to reshape its identity in this century,” Foster said. “Especially now, as Japan is balancing its role as a strategic partner with the United States in the Pacific in relation to China’s rising prominence in the region.”

While in Japan, Foster plans to join the Model United Nations, where she will have the opportunity to discuss international affairs with her peers. All this will help prepare her to eventually work as a foreign service officer in Japan. Her goal is to help nations better understand each other and work toward peace.

“There is a disconnect between what we know in the world of academia and what is done in the world of politics,” Foster said. “I’m most fascinated by how to reconnect them to improve the international climate.”

A love of language and culture 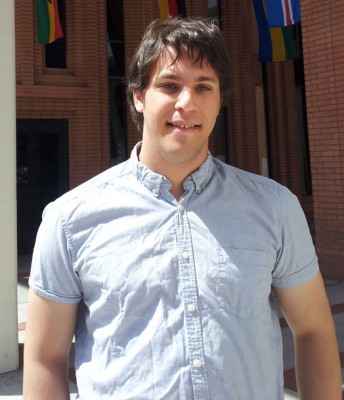 During the 2014-15 school year, Benjamin Miles will immerse himself in the language, culture and politics of China. He believes it is an important country to understand.

“Many of the major debates about the future of the world are centering on China — issues such as intellectual property, pollution and cybersecurity,” Miles said.

He will attend Peking University in Beijing with the support of his Boren Scholarship. The junior, a Los Angeles native, is double majoring in East Asian languages and cultures, and international relations at USC Dornsife.

“Together, my majors focus on East Asia politically and culturally,” Miles said. “This experience will tie everything together.”

Through his time in China, he looks forward to rounding out his studies on East Asia. He has already studied abroad in Korea and earlier, as a high school student, he studied in Japan. He said he looks forward to gaining a deeper perspective of the region by experiencing Chinese language and culture firsthand.

“I love studying language and culture because they are important for making sense of your experiences abroad,” he said. “Each culture has a different way of dealing with things and expressing themselves, and that is precisely what makes each culture so interesting.”

Committed to pursuing a career in government, Miles wants to shape policy and affect change. His goal is to work as an information resource officer in the U.S. Department of State, where he can use his knowledge of East Asia to assist diplomatic officials in finding information critical to national security.

“Working in government, specifically a position in diplomacy or national security, would give me the opportunity to improve the relationship between our country and other countries,” Miles said. 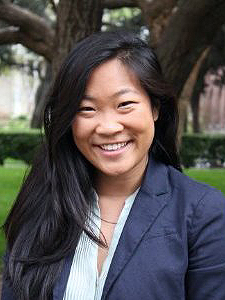 Junior Linda Wang will spend her fall semester in Dakar, Senegal. Already an advanced French speaker, she will participate in Boren’s African Languages Initiative program, where she will learn Wolof, a language spoken by more than 4 million people in Senegal, the Gambia and Mauritania.

Wang, who is studying politics, philosophy and law, and sociology at USC Dornsife, will also conduct research on organizational behavior at the West African Research Center in Dakar. She is interested in learning how successful nonprofits, governmental and political organizations can be replicated in developing parts of the world.

“Senegal is the most stable, religiously tolerant and democratic country in West Africa, so it seemed like a natural place to start,” Wang said.

Living in Dakar with a host family will give Wang a firsthand introduction to Senegalese culture, and her studies in West Africa will provide her with important insight into the U.S.-Senegal relationship.

“My coursework stresses the importance of critical thinking and global citizenship,” said Wang, who is originally from Palo Alto, Calif. “Studying abroad will prepare me further to become an involved, educated member of the global community when I graduate.”

Wang’s long-term plan is to earn a PhD studying formal organizations in Senegal and the West Africa region. She seeks to pursue a career in government with an aim to help formulate policy.

She sees her semester oversees as an important step toward her goals.

“I think I’ll grow a lot during this semester,” Wang said. “I think living and learning in a new culture will be both exciting and challenging, and I look forward to the challenges especially. I’m hoping to develop new perspectives, intellectually and personally.”

Former DHS official outlines the elements that make the USC center a key part of the department’s enterprise.

Hovik Mekhjian and Parth Parikh, USC students in the doctor of pharmacy program, have begun an outreach project that educates pharmacy students in India about clinical aspects of the profession, a facet not currently emphasized in that country’s programs.

Living and learning in a new culture