This year’s valedictorian and salutatorians have one big thing in common: all three want to be doctors. Medicine is a tough profession that has come under fire lately, but Jana Shapiro ’14, Jared Sokol ’14 and Brian Lentz ’14, MS ’14 aren’t fazed. Optimism and a passion for bettering the world and helping others are what drive these inspiring Trojans. 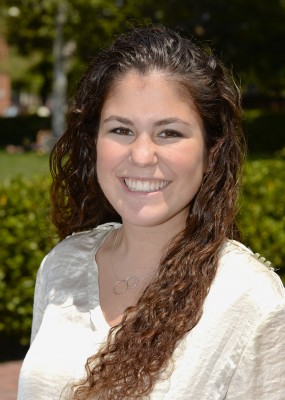 “I was fortunate enough to be raised by two physicians who really love their careers. Of course we have a lot of stress ahead of us. Medicine will be very different when we are practicing it than when my parents started. But I think when you follow your heart, the rest will follow.

In the past few years, the idea of the doctor having this untouchable elite status is breaking down. For the first tim­e—because we have the Internet and platforms for people to speak their minds—we’re seeing patients fighting back, talking about what frustrates them, what they don’t like about the health care system, what irks them about their doctor. For a physician who is tired and stressed and overworked, that can be really hard to hear and disheartening. But for the next generation of physicians, it’s an invitation to respond. It’s an invitation to make those changes. I think our generation has this really cool opportunity.”

• Hobbies: Dance, theater, the arts and, “cheesy as it sounds, reading. I’m a huge reader. I read every night.”

• Favorite Trojan memory: “My first summer at Troy Camp. Because it was the first time that I really got to spend extended amounts of time with kids from the surrounding areas of USC. There was this one moment, I remember watching a camper ride a horse for the first time, and later that night, he was talking about how he’d never seen the stars as clearly as they were at that moment. It was really wonderful—that moment of being close to nature but also close to the USC community.”

• Future plans: One last week of volunteering at Troy Camp, then traveling to Peru and Machu Pichu with her family. Starting first-year med school at Northwestern University. 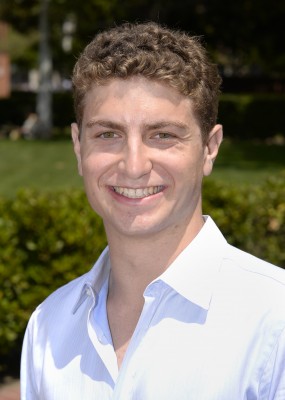 “I think medicine is so integral in each of our lives. For me, it’s important just seeing how it can change people, change someone’s confidence, make their life so much better. Even though changes are coming, having a positive mindset and still trying to provide the best care possible is the overarching goal at the core of medicine. It’s something I want to achieve: To be able to create a very high standard of care and to love what I’m doing, to help people realize their own potential and to have them accomplish their goals.

•  Favorite Trojan memory: “Staying in a rural Thai hill tribe, sleeping in the school, all in the same classroom, and being able to interact with these Thai children. Seeing how they approached life with such passion and love for their families and the new people they meet around them.” 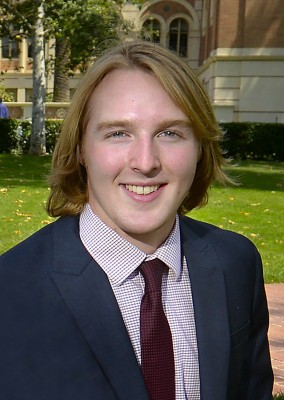 “You read all these pessimistic things in the news. Occasionally we’ve all been shadowing in the medical facilities, and we see physicians who are stressed and overworked. They may say they’re unhappy. But for every one of those I see, I meet an outstanding physician who absolutely loves what he does, who is passionate about it. And who provides just the highest quality of care, and impacts so many people’s lives in a positive way. When I see that, I know that’s the kind of person I want to be and what I want to do with my career.

• Favorite Trojan memory: “My first year in Trojan Marching Band, we played for weeks and weeks and weeks, practicing for hours in the hot sun on Cromwell Field. People fainted, some people quit. Then the first game day, we marched down Trousdale, in front of Tommy Trojan, and I remember having students, community members, the whole Trojan Family lined up. And we played ‘Tribute to Troy’ for the first time in front of an audience. Just seeing the look on their faces, the excitement that it gave them, was really memorable.”

• Hobbies: Saxophone, surfing, scuba diving, mountaineering, backpacking, cross-country skiing and, after a two-year hiatus due to a serious knee injury, triathlon. “I did a race last weekend. I got 9th out of 900,” says the former USC Triathlon Team vice president and 2011 world championship silver medalist.

• Future plans:  Finish honors thesis research in USC Dornsife marine scientist Donal Manahan’s lab, then taking a year off to travel, starting with a 40-day mountaineering course in the Indian Himalayas. Working and volunteering in Costa Rica to perfect his Spanish (“so I can treat Spanish-speaking patients”), followed by applying to medical schools for fall 2015.

To all of today’s graduates, I can’t imagine what’s going through your minds right now. I never had the opportunity to go to a great university like this.