Douglas Capone, holder of the William and Julie Wrigley Chair in Environmental Studies and professor and chair of biological sciences at the USC Dornsife College of Letters, Arts and Sciences, has been honored with the 2014 DuPont Industrial Biosciences Award in Applied and Environmental Microbiology.

The accolade recognizes Capone’s distinguished achievement in research and development in applied and environmental microbiology. He will receive the award at this year’s American Society of Microbiology (ASM) annual meeting in Boston on May 18.

Edna Kaneshiro, University Distinguished Research Professor in Biological Sciences at the University of Cincinnati, is chair of the DuPont Biosciences Award selection committee. She noted that Capone’s work has influenced research on the regulation of nitrogen fixation in marine cyanobacteria and the interaction between nitrogen and the global carbon cycle. 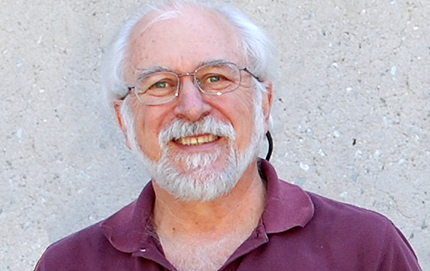 “Dr. Capone is foremost a scholar and a master of a broad scientific literature,” Kaneshiro said. “His work has involved biochemical, physiological and molecular approaches using state-of-the-art technologies such as tracer studies of stable isotopes, mass spectrometry and remote sensing to understand nitrogen and carbon fluxes in a broad spectrum of marine ecosystems. Douglas Capone has the spirit of discovery that characterizes the best among scientists.”

Nitrogen’s importance to the environment

Capone studies the role and importance of marine microbes in major biogeochemical cycles, particularly those of nitrogen and carbon. In particular, he has shown nitrogen fixation — the process by which nitrogen is converted to ammonia — to be a key biogeochemical process in several marine ecosystems. During his PhD studies, he documented the quantitative importance of nitrogen fixation in tropical seagrass ecosystems.

He now focuses on open ocean systems and organisms such as the cyanobacterium Trichodesmium, which is a substantial source of fixed nitrogen. His work has revealed how nitrogen fixation may determine the capacity of the oligotrophic tropical oceans — where few nutrients exist to sustain life — to absorb the greenhouse gas carbon dioxide in the atmosphere.

“We go looking for areas in the ocean where nitrogen fixation is important,” Capone said. “We used to do it out of pure curiosity, but now it’s become evident that when you have nitrogen fixation occurring, it gives that area of the ocean a capacity to take up carbon dioxide, which is steadily increasing in the atmosphere and upper ocean, and promotes ocean acidification.”

Capone’s works spans diverse systems, including the tropical open ocean, coral reefs, mangroves, temperate estuaries, groundwater aquifers and Antarctic snows. He has participated in more than 30 major oceanographic expeditions to the tropical Caribbean Sea, the Atlantic, Indian and Pacific oceans. On more than 10 of them he served as chief scientist.

Capone has published more than 180 peer-reviewed articles in scientific journals such as Science and Nature. His research has been supported by the National Science Foundation, the National Aeronautics and Space Administration, the Environmental Protection Agency and the U.S. Geological Survey, among other entities.

“His contributions to our understanding of the factors controlling biological nitrogen fixation in the oceans have strongly influenced numerous researchers and the development of important ideas in biogeochemistry and biological oceanography,” she said.

In recognition of his award, Capone will present a lecture during the scientific program of the ASM meeting. The talk “Marine Mosaics: Emerging Patterns of Nitrogen Fixation in the Ocean” will discuss his body of work on the nitrogen cycle.

“I’m really honored to receive this award as it speaks to my cumulative contributions both in research and in education,” he said. In addition to his research, Capone has mentored many junior faculty members and students over the course of his 30-year career.

Capone noted that among previous award winners are Ken Nealson, holder of the Wrigley Chair in Environmental Studies and professor of earth sciences and biological sciences at USC Dornsife.

“I’ve been fortunate to know several of the folks who have gotten this award before, and many of them are my heroes,” Capone said.

Convocation: Marine biologist knows how to navigate in a classroom

Peter Countway, a Ph.D. student program in marine biology and biological oceanography, is the recipient of this year’s Outstanding Teaching Assistant Award.

Essential Vitamins in the Marine Environment

Two USC College biologists have received support from the National Science Foundation to examine the conditions that lead to the synthesis of B vitamins in the marine environment and the influence of those vitamins on marine life.