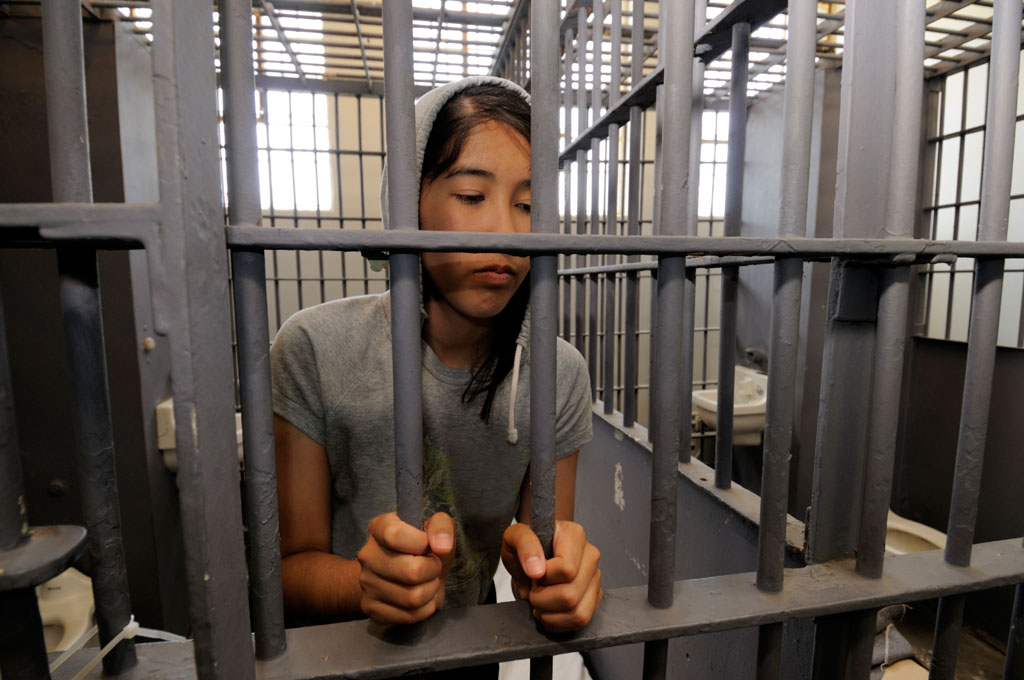 A coercive model of oversight leads to problems among youth.

For decades, young people who ran afoul of the law found themselves in dismal, locked facilities, surrounded by barbed wire and chain-link fences.

These jail-like structures, featuring large dormitories and staff members who relied on a controlling and coercive model of oversight, have proven to be ineffective and harmful, leading to increased recidivism, lower academic achievement, issues of alcohol and substance abuse, and mental health problems among youths.

In an effort to rectify these flaws, a new rehabilitative focus, coupled with newly available state funding in California, is beginning to take shape.

“Our understanding of how to best deal with youths in the juvenile justice system has changed a lot over the past few decades,” said Jacquelyn McCroskey, John Milner Professor of Child Welfare at the USC School of Social Work.

Instead of housing dozens or even hundreds of teenagers together, leaving staff members little choice but to act as security guards rather than caseworkers, McCroskey said a more promising approach is to create smaller groups of 10 to 12 youths and offer therapeutic treatment for mental health, trauma and substance use issues in a less threatening and oppressive environment.

“We need to send the message that these kids have something to offer,” she said. “Yes, they have committed crimes that we have to address, but they are still kids.”

A new style in an old facility

Due to her extensive expertise in child welfare and development — including a stint as a probation officer at Los Angeles County’s Central Juvenile Hall — McCroskey has been selected to advise state leaders on the construction and renovation of juvenile justice facilities as a member of an executive steering committee recently established by the California Board of State and Community Corrections.

In 2007, state legislators approved $300 million in bond funding to improve county juvenile detention facilities. Now McCroskey and her fellow committee members will offer recommendations for a second round of proposals to allocate approximately $80 million in remaining money.

During the past two years, McCroskey has advised county leaders who successfully lobbied for state funding during the initial round of proposals about designing probation camps that are more rehabilitative in nature. She credits the leadership of Jerry Powers, the county’s chief probation officer, and Arturo Delgado, superintendent of the county’s Office of Education, for spearheading efforts to overhaul services for youths in those facilities.

“There has been a real effort to rebuild one facility and to spread this set of more effective ideas about programming to other facilities,” she said.

Los Angeles County currently boasts the largest juvenile justice system in the nation, featuring three juvenile halls and 14 probation camps. On any given day, approximately 2,000 youths are confined in those facilities. Although the newest camp was built in the early 1990s, McCroskey said many of the structures date back to the 1960s and resemble penitentiaries, with barracks-style dormitories ringed by perimeter fences topped with razor wire.

“They have that very old-style, institutional look,” McCroskey said. “You can certainly do this new style of programming in an old facility,” she added, “but it’s so much easier if the message is that this is about rehabilitation and restorative justice, not that this is a jail.”

The effects of detention facilities

New camps and juvenile detention facilities being built throughout the county are more reminiscent of an academic campus, with grass and trees surrounding buildings with broad windows that allow plenty of natural light.

As a young probation officer and recent college graduate, McCroskey had the opportunity to see firsthand how detention facilities affected young adults. She worked closely with girls in a family treatment unit and came to realize that many were struggling with sexual abuse, trauma and other issues that led them to engage in delinquent behavior.

“Having the opportunity early on to work with those families and those girls led me to want to work on systems at the macro level,” she said. “I loved working with the kids, but I could see the whole system needed to change.”

Although she eventually pursued research and advocacy initiatives focused on other areas, including early childhood education and community-based support services for young families, McCroskey said having the opportunity to return to issues surrounding juvenile justice is gratifying.

“I was delighted to be recruited to do some of this work, particularly when we started seeing these changes in Los Angeles County,” she said. “There has been strong leadership and a real desire to improve things and make sure the programming is what it needs to be.”

Their work is markedly different from that of counselors or psychologists — and more important than ever, experts at the USC Suzanne Dworak-Peck School of Social Work note.

USC Price students are recognized for their work on land contracts, legal agreements that allow homebuyers to make payments directly to the seller instead of a bank.

Is there an upside to today’s high gasoline prices?

When you factor in the cost to the environment, USC Price’s Marlon Boarnet notes, the price at the pump — even at today’s prices — doesn’t cover the true cost of using gasoline.