Vern Bengtson, a senior scientist with the USC Edward R. Roybal Institute on Aging at the USC School of Social Work, is the recipient of the 2014 Eugene Litwak Award from the Mailman School of Public Health at Columbia University.

Each year, a distinguished social scientist whose research addresses the social dimensions of health and illness is honored by Columbia’s Mailman School and invited to give a public lecture. The event was established in honor of Eugene Litwak, professor emeritus of public health, social work and sociology at Columbia.

“I am particularly gratified by this award because of my lifelong admiration for Professor Gene Litwak,” Bengtson said. “He was a pioneer in research on aging, families and health, and in many ways shaped the field for those of us who followed him.”

Litwak developed one of the earliest graduate programs in aging and made major contributions to bring together social and medical sciences with the goal of addressing key public health questions. 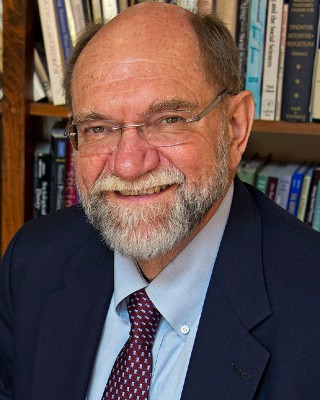 Bengtson remembers encountering Litwak’s research when he was a graduate student.

“I cited his work when I was writing my dissertation, way back in 1966,” Bengtson said. “He had already made his mark on the field then.”

In his productive academic career, Bengtson has published 250 research papers and 17 books on gerontology, theories of aging, sociology of aging and family sociology.

His most recent book, Families and Faith: How Religion Is Passed Down Across Generations, surveyed the religious beliefs and spirituality of more than 350 four-generation families over 35 years. Bengtson, past president of The Gerontological Society of America, hopes to continue this line of research in the future at the USC Roybal Institute and further investigate the trajectory of religious engagement after retirement and how it relates to well-being.

When Bengtson began teaching courses at USC many years ago, he knew that studying Litwak’s work would benefit his students as much as it had helped him.

“I assigned his textbook on families that he co-edited with Marvin Sussman to the first classes I taught at USC,” Bengtson said. “His productive career lasted five decades, and I feel privileged to have known him.”