Graduating in the 1970s, Melody Nishida and Roland Ulloa each earned bachelor’s degrees in political science. Since then, the two have followed different career paths.

Nishida, who graduated in 1978, has become a partner in her family’s accounting firm. Ulloa, who graduated in 1973, went on to become an immigration lawyer and broadcast media executive. But neither has forgotten their alma mater, and their years of dedicated service to USC were rewarded recently when each was honored at gala ceremonies for their exceptional contributions to the Trojan Family.

Ulloa was presented with the USC Legacy Award at the USC Latino Alumni Association’s (LAA) 40th Annual Scholarship Dinner on March 21 at the Beverly Hilton Hotel. For Ulloa, the ceremony was a family affair. His brothers, Walter and Ronald, who graduated from different USC schools, were honored with the same award at the event. Walter graduated in 1970 with a bachelor’s from the USC Marshall School of Business; Ronald graduated in 1976 from the USC Price School of Public Policy.

The Asian Pacific Alumni Association (APAA) awarded Nishida with its Service Award at the APAA Scholarship and Awards Gala held on April 11 at The Langham Huntington in Pasadena, Calif.

Coming together for a common goal 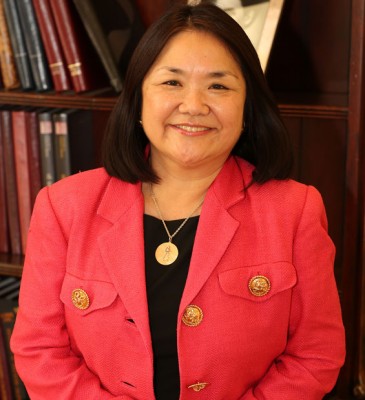 The annual Scholarship and Awards Gala is the premier event sponsored by the APAA. Each year, the organization salutes distinguished members of the Asian Pacific Islander Trojan Family.

“I’m honored to have received this award and very proud to have served on the board of the USC APAA — an organization in which its best and strongest assets are its members,” Nishida said.

“Being a Trojan volunteer at USC has been one of the highlights of my life,” she continued. “USC has given me incredible leadership opportunities for growth as well as a myriad of experiences. Each opportunity has given me a great vantage point to not only share these experiences, but also celebrate what can be accomplished when we come together with a common goal.”

Nishida has made many important contributions to the Trojan Family in leadership roles, serving on a USC board or in a governance capacity in everything from athletics to medicine. An emeritus member of the USC Alumni Association Board of Governors, she has been chair of the Alumnae Coordinating Council and president of the USC Norris Comprehensive Cancer Center Auxiliary, the Trojan Guild of Los Angeles and the USC Alumni Club of West Los Angeles. She was also a member of the USC Athletics Board of Counselors.

“To be acknowledged with this award is truly humbling,” she said. “Our beloved USC embraces a culture of engagement and truly provides maximum growth potential for all who wish to participate. Reaping the benefits of being part of, and giving back to, the Trojan Family brings such a huge return on investment. And one of the very best returns I have received is the friendship of so many.”

In 1994, Nishida received a USC Alumni Association Alumni Service Award and in 2013, earned a Remarkable Women Award from the USC Student Affairs.

Since 1984, the APAA has awarded more than $1 million in scholarships to more than 450 outstanding students at USC. As its scholarship program continues to grow, this year it distributed an unprecedented $132,000 to 50 students.

“The USC Asian Pacific Alumni Association continues to lift the potential of so many USC students and what great work it continues to accomplish as it engages Trojans throughout the world,” Nishida said. 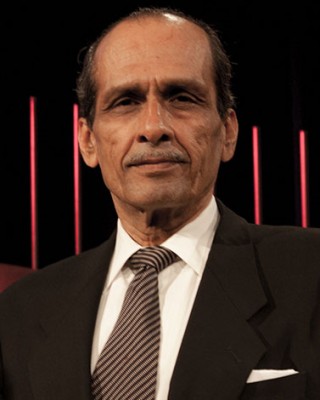 Like Nishida, Ulloa believes that his mission as a USC alumnus is to pay it forward by supporting future generations of Trojan scholars.

“This award feels special for me personally because it is an accumulation of the many years that our family has had a relationship with the university,” Ulloa said. “It’s very humbling, and of course we are very gratified and very appreciative to be recognized in this way.”

The Ulloas grew up in Brawley, a small agricultural community in California’s Imperial Valley. Their parents’ dream was that their three sons would attend USC. The brothers were among the first Latino students to attend USC and have been involved with the LAA since its inception in the early 1970s.

Each earned law degrees at other institutions. All three have become successful broadcast executives.

The brothers support the LAA to honor their father, one of the first Mexican-American certified public accountants in California. By sharing their success with new generations of Latino Trojans through their support of the LAA, they are helping to ensure that current and future generations of Trojans will have the resources and mentoring to excel at USC.

Ulloa recalled when he was an undergraduate and worked as a radio presenter at KUSC, where he hosted a Sunday afternoon music and talk show in Spanish. Among the Latino personalities he interviewed for the show was civil rights activist Cesar Chavez, co-founder of the National Farm Workers Association.

“I asked him how he felt about leading the Hispanic community,” Ulloa said. “Chavez looked at me and replied: ‘We’re all leaders. We all have to lead. We’re not chosen to lead; we have to lead.’

“I feel he was alluding to the fact that it’s our responsibility to continue this cycle, this pipeline of young, educated, successful Hispanics. That is what the Latino Alumni Association is all about, and this has to continue into future generations.”

The University of Denver and Worcester Polytechnic Institute receive the prestigious award, which recognizes work that the center believes should be happening across the country.