One professor from the USC Price School of Public Policy has taken on the difficult task of explaining the 2,700-page Affordable Care Act and how it is being implemented in the United States to our neighbors to the north.

Howard Greenwald’s mini-speaking tour included four stops in March. He participated in the Toronto Healthcare Round Table at the U.S. Consulate in Toronto and the 19th Annual International Studies Symposium, which was sponsored by the U.S. State Department, at York University in Toronto, as well as lectures for the Law Center and School of Public Health at the University of Alberta.

Greenwald began a six-month stay as a Visiting Fulbright Scholar at the University of Alberta Faculty of Law in January. He is working on a Fulbright project titled “Structure and Management of Canada’s Healthcare System.”

Greenwald said Canadians have a general curiosity about U.S. health care because the countries differ so greatly on the issue, with Canada extremely proud of its public health care system.

“One thing Canadians think distinguishes them in a favorable manner from the U.S. is that they can offer everybody what they think is an inalienable right,” Greenwald said of health insurance. “It’s a very big cultural distinction for them between the two countries.”

Where will health care reform lead? 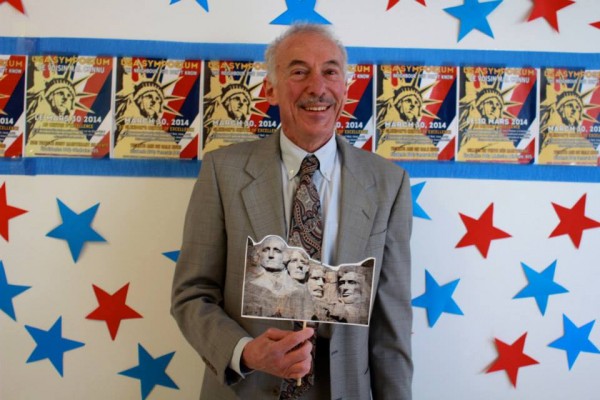 The focus of his speeches was to set up two possible outcomes for health care in the United States following the implementation of the ACA. One possibility is that reform will lead to the sustainability of the current private sector system by ensuring access, improving the quality of care and controlling costs or the expansion of coverage will lead to a system so expensive that it will be necessary to change to a model more like Canada where it’s entirely publicly funded.

“This is either the end of the beginning or the beginning of the end,” Greenwald said. “We’ve started on a sustainable path or we’ve crossed the Rubicon to where expanding coverage and increasing expenditures will lead to major reforms that depart from the current system.”

According to Greenwald, key provisions of the ACA include expanding eligibility for Medicaid, grouping uninsured into subsidized purchasing pools, mandating coverage by individuals and large employers, and improving pharmaceutical coverage for elders.

Reforms to the insurance industry include mandating coverage for children 26 and under, prohibiting exclusion for prior conditions, prohibiting the capping of benefits and setting a minimum medical-loss ratio.

However, ACA reform is not conclusive for several reasons, in particular: Many will still lack insurance in 2019, the system remains noncomprehensive and very expensive, and the law mandates no system-wide controls on medical costs.

Greenwald indicated his talks on U.S. health care reform have gone so well that he is getting requests to do more of them and expects to make another speaking tour before his time in Canada concludes.

“We feel fortunate at the U.S. consulate in Toronto that Professor Greenwald was able to take time from his Fulbright commitments elsewhere in Canada to share his deep knowledge about developments in health care in the U.S. with experts in Toronto,” said Jim Dickmeyer, consul general of the U.S. in Toronto. “Conversations such as this greatly enrich the bilateral relationship between Canada and the United States.”