From Psy’s “Gangnam Style” to American remakes of films like Oldboy, Korean pop culture has been inescapable in the past few years.

For some American audiences, it might seem to have emerged overnight. But those already plugged into “hallyu” — the word coined in the late ’90s to describe the growing “Korean wave” — know the dazzling world of K-pop, TV dramas, movies and food has been an expanding cultural force for years.

No one is sure what initially kicked off the spread of hallyu, but for those living on the Pacific Rim, it’s clearly set down roots. In China, Japan, Australia and the United States, this fast-spreading phenomenon has found obsessive fans and changed the cultural landscape. It’s also become a looking glass, reflecting international tensions and becoming a powerful tool for soft-power diplomacy.

The question now, said Youngmin Choe, assistant professor of East Asian languages and cultures at the USC Dornsife College of Letters, Arts and Sciences, is how to make sense of it all. 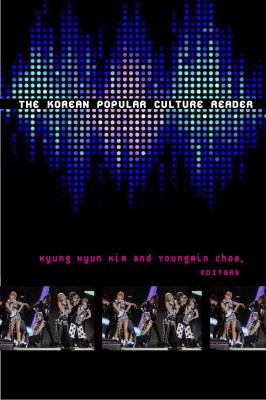 Choe, along with Professor Kyung Hyun Kim of the University of California, Irvine, recently edited what they hope will be a foundational volume of essays on Korean pop culture. The Korean Popular Culture Reader was published in March, bringing some two dozen perspectives to topics as far ranging as video games, Korea’s fascination with golf, the marketing of Korean food abroad and North Korean tourism.

“South Korean cultural studies has changed,” Choe said. “Before, the focus was on history and literature. But student interest has shifted to pop culture, largely due to hallyu.”

Casting a critical eye on culture

Take a deep-dive into the field as a whole, and it’s easy to become overwhelmed by its diverse points of interest. It’s captured the attention of the press in largely sensational ways, Choe said — stories driven by celebrity and the phenomenon’s popularity. This volume of essays is intended to provide a critical eye to the breadth of changes driven by hallyu.

“We want readers to understand it has historical context and form,” Choe said. “That it has political and cultural ramifications that are contemporary.”

For a chapter on Korean TV dramas, Regina Yung Lee focused on an English-language site for Korean-Americans, examining the ways that dramatic themes are understood and reinterpreted by global audiences.

Hallyu is a big part of South Korea’s economy 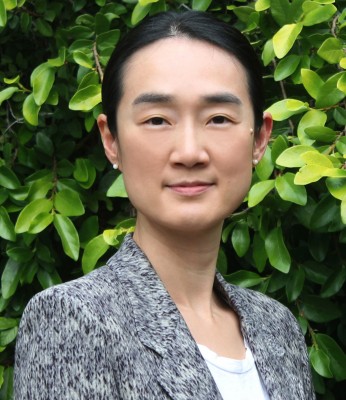 Hallyu’s impact extends beyond South Korea’s shores and beyond the world of pop culture as well. It’s a vital part of the South Korean economy, bringing in $5.1 billion in export sales in 2013 — up 11 percent from 2012, Choe said. After its first burst of popularity, the South Korean government recognized hallyu’s value, both for its economy and national pride. It sought to support related industries, just as it had in previous decades with automobiles and electronics. Government policies have established specialized schools for creative jobs, coordinated cooperation across agencies and offered incentives for the private sector to participate.

All this has helped extend South Korea’s geopolitical power. The East Asian financial crisis of the late ’90s led to policies promoting cooperation within the region — cultural exchange becoming a byproduct of that. Now that hallyu is everywhere, younger generations identify with each other more closely. Age-old disputes, like those over Pacific islands between Korea and Japan, don’t matter as much as they do for older generations in either country, Choe said.

This is one reason why the The Korean Popular Culture Reader includes authors from so many countries. Its perspectives from scholars in Australia, the Netherlands and New Zealand, as well as South Korea and the United States, reflect how a relatively tiny nation can have a global impact.

“The Korean wave is making us aware that we need to find ways to understand how we’re dealing with regional dynamics and tensions,” Choe said. “Pop culture is becoming a gauge to read how the current generation is processing and understanding it.”