A Keck School of Medicine of USC researcher has shown that a previously unsuspected but common protein in the human body can help wounds to the skin heal, contradicting decades of conventional wisdom about the biology of tissue repair as well as potential treatments.

The pilot study showed that a compound isolated from a substance called heat shock protein 90alpha (Hsp90) significantly improves the healing of wounds on diabetic skin, said principal investigator Wei Li, a professor in the Department of Dermatology.

This preclinical research, funded by the Southern California Clinical and Translational Sciences Institute (SC CTSI), helped Li obtain a grant from the National Institutes of Health to continue the research in human subjects.

“If a large wound or burn doesn’t heal fast, bacteria can get in, possibly into the bone marrow, and lead to amputations or even jeopardize the patient’s life,” Li said.

The mysteries of human biology 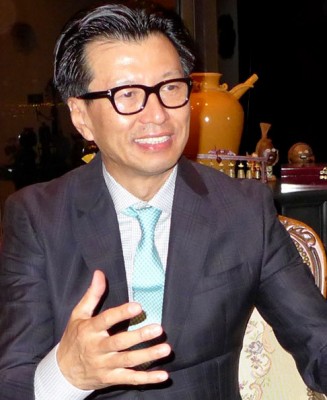 Some $25 billion a year is spent annually for diabetics alone to provide supportive wound treatment. In diabetics, the elderly or others with compromised health, wounds can remain open for months or years, requiring constant care to hold off infection.

Though familiar enough to everyone who has ever scraped a knee, the skin’s ability to repair itself is actually one of the most complicated and mysterious processes in human biology, Li said. Because it is incompletely understood, efforts to develop effective medicines to encourage healing have been largely unsuccessful.

In recent decades, many experts believed that a molecule called growth factor (GF), produced in small amounts in the body, was the primary force in skin repair. Medicine containing growth factor was developed and approved for use. But Li didn’t believe growth factor was the missing link in tissue healing and was among several researchers to conduct studies that showed GF-based medication failed to help most patients and even carried cancer-accelerating side effects.

Li turned his attention to Hsp90a, which is abundant throughout the body, as well as in many plants and animals. In fact, there is about 700 times more Hsp90a than any other protein.

“No one knew why there was so much Hsp90 in every cell, from the top to the bottom of the body,” Li said. “If it’s everywhere, we figured it had to have some important purpose — Mother Nature doesn’t waste her energy.”

Prior research has shown that Hsp90 is involved in cell motility — shuttling biological materials to the site of a tissue injury — which is crucial to the process of rebuilding all three layers of skin.

“We believe Hsp90a is the driving force to “roof” the damaged tissue in the first place,” Li said.

“The funding allowed us to do some innovative and risky things in our experiment design to enable us to study skin cells efficiently,” Li said. “The data we were able to generate set the stage to convince the NIH to support our larger clinical investigation.”

The research also led to a USC patent for new drugs to be based on Hsp90a, currently licensed to an outside pharmaceutical firm for development.