Marcus Levitt and Alexander Zholkovsky, professors in the Department of Slavic Languages and Literatures at the USC Dornsife College of Letters, Arts and Sciences, have been honored for their exceptional scholarship.

Presented by the Eighteenth-Century Russian Studies Association, the prize recognizes a publication of exceptional merit and lasting significance for understanding Imperial Russia, particularly during the 18th century. 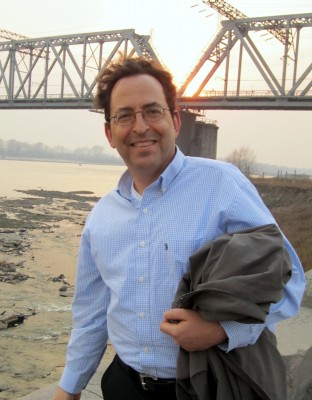 In his book, Levitt argues that modes of seeing, and being seen, played a crucial role in the formation of early modern Russian culture and identity.

During the 18th century, Russia became an empire under Peter the Great, who sought to modernize the country using Western Europe as a model. Levitt traces Russia’s longing to be visible as it strove to become part of the European cultural and political family of nations. His book examines early modern Russian poetry, theater, moral philosophy and autobiography, looking at how each genre constructs a desired identity.

For instance, Levitt describes how the 18th-century style of autobiography in Russia was to emphasize publicly the virtuous soul of the subject. Similarly, the ode — a lyrical poem of exaltation — was used to illustrate the glory of the newly formed empire.

“The ode was one of the premier genres of early modern Russia,” Levitt said. “This was a way for Russia to say, look at how big, how great and how glorious we are.”

He also shows how visual elements have deep roots in Russian Orthodox culture and theology. In particular, Levitt points out that the Russian Orthodox tradition is characterized by a mystical view of vision, where believers connect with icons — tangible, visible, miraculous items through which they can make contact with the divine.

While much of the scholarship on Russian literature and culture tends to focus on the 19th century, Levitt is intrigued to study a period of Russia’s history that is not as well-known. The Visual Dominant in Eighteenth-Century Russia helps to flesh out the early modern period of Russian history.

“The 18th-century material is much more of a mystery to puzzle out,” Levitt said. “I enjoy trying to understand life during that period beyond dusty pages in an archive.”

He was honored to be acknowledged by his colleagues.

“It’s very nice to be recognized by a society of my peers with whom I work and attend conferences,” said Levitt, a member of the Eighteenth-Century Russian Studies Association. His book was also recently honored with USC’s Phi Kappa Phi Faculty Recognition Award.

Poetics for the layperson 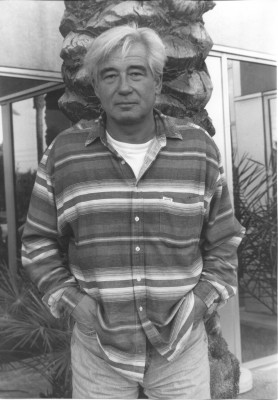 Zholkovsky, also a professor of Slavic languages and literatures, was presented with the Russian Italian literary-critical “Bella” award, named after the 20th-century Russian poet Bella Akhmadulina. Coming to prominence in the post-Stalin era as a bold voice of contemporary Russian literature, Akhmadulina was apolitical and focused on observations from everyday life. She died in 2010.

Nominated by a committee of editors and critics from prominent Russian literary critical journals and magazines, Zholkovsky received the honor in the category of literary criticism or bibliographic essay on contemporary poetry.

His winning essay, originally written in Russian, translates to “Poetics at the Tea Table,” meaning poetics for the enlightened layperson, which plays on the sugar bowl’s central use at tea time. The piece examined the 1995 Russian-language poem “Sakharnitsa” — meaning “The Sugar Bowl” in English — by Russian poet Alexander Kushner.

The 16-line poem describes a beautiful, golden sugar bowl bequeathed to Kushner by Russian prose writer and literary critic Lidiya Ginzburg, who preceded Kushner by a generation. Ginzburg, whose literary work was censored during Soviet times, became famous after her death in 1990 when her prose was finally published.

“It’s a very touching poem about communing with this revered woman of letters from St. Petersburg via a sugar bowl,” Zholkovsky said. His essay, appearing in the Russian journal The Star, in which he publishes a bimonthly column on poetry, was a critical analysis of the themes, motifs, poetic tradition and intertextuality of the poem.

The award was presented during a ceremony in Verona, Italy. Zholkovsky said he was surprised and pleased that he won the honor.

“I don’t often get awards,” Zholkovsky said. “I’m usually the odd man out, the dissident.”

In accepting his award, he noted that he and Kushner are of the same generation as Akhmadulina, for whom his award was named.

“Akhmadulina, looking down from heaven,” he said, “responded generously inviting me to this party.”

Slavic studies go ‘beyond dusty pages in an archive’