As the United States was spiraling into one of its worst financial collapses in history, Jacob Soll found an interesting parallel in France’s “Sun King.”

The USC professor learned that Louis XIV, better known for his wigs, mistresses and the Palace of Versailles, had also taken a keen interest in accounting and carried golden notebooks in his pockets that detailed the royal budget.

But soon, the monarch destroyed his books, which had come to remind him of the rising debt accrued through costly wars and his spending on Versailles. By the time the king was on his deathbed, France was bankrupt.

“That blows me away because here you have remarkable innovation and then willful destruction of the innovation as soon as accountability comes around. That’s one of the lessons for today,” said Soll, who holds appointments at the USC Dornsife College of Letters, Arts and Sciences and the USC Leventhal School of Accounting. Winner of a 2011 MacArthur “Genius” grant, Soll has led the way in combining the study of history with accounting.

When Soll witnessed the collapse of Lehman Brothers and other U.S. investment bank giants in 2008, he turned his focus to this pattern that has persisted since ancient times: Capitalism and government flourished during times of financial accountability, only to fall when leaders abandoned those practices. His book, The Reckoning: Financial Accountability and the Rise and Fall of Nations (Basic Books), will be published this month.

“This is a cultural tradition that we play out over and over again,” Soll said. “In 2008, when the financial crash happened, I was sort of startled to see that none of the things that I had seen in the past — when people were building stable states and inventing modern capitalism — none of that was going on in our own political and economic culture.” 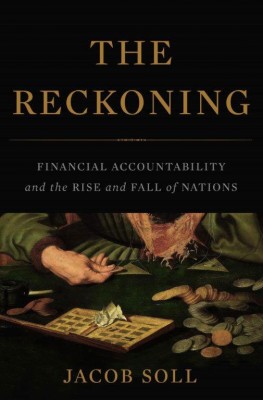 The Reckoning: Financial Accountability and the Rise and Fall of Nations

In modern times, the rise of the credit card and computerized banking have made it even easier for people to avoid a reckoning of their own personal finances, Soll said. He hopes his book, and the 700 years of history it brings to bear on today’s financial woes, will help bring debates about accountability back into the public sphere.

Donation of more than 4,000 books aims to promote literacy in USC’s neighborhood

The books are earmarked for nine schools with K-5 programs within the USC Family of Schools and will be delivered via the USC Leslie and William McMorrow Neighborhood Academic Initiative.

On National Read a Book Day, USC faculty give their top choices

Looking for a good summer book? Here’s what Trojans will be reading

This year’s USC summer reading list is another eclectic assortment, from ancient inspiration to contemporary intrigue.

A case for balancing your checkbook