In fourth-century China, the clever daughter of a literati family disguises herself as a boy so she can attend school and study the Confucian classics. There she falls in love with a young man. Trying to convince him she has an equally brilliant sister, she challenges traditional representations of women in Chinese history.

“She does this, not only because she is unhappy with the status quo, but also to convince her love interest that women are just as smart and capable as men,” said Brian Bernards, assistant professor of East Asian languages and cultures at the USC Dornsife College of Letters, Arts and Sciences. “He is open to the idea and they develop a relationship but cannot marry because her parents do not approve.”

The story, known as the legend of the Butterfly Lovers, ends in tragedy, Bernards said, “like a Chinese Romeo and Juliet.”

Bernards recounted this traditional Chinese tale to animation and production staff at the DreamWorks Animation headquarters in Glendale, Calif.

He had been invited to give a lecture as a prelude to the 2017 launch of DreamWorks’ Shanghai studio.

“This is the kind of story that could inspire a wonderful animated film for children,” Bernards suggested to more than 60 staff members packed into a conference room to hear the expert on Chinese and South East Asian culture and cinema.

Riding high on the success of its Kung Fu Panda franchise in China, DreamWorks Animation has unveiled plans for its DreamCenter entertainment complex, due to open in 2015. The $2.4 billion center in Shanghai will also house the forthcoming Oriental DreamWorks Studio, where Kung Fu Panda 3 will be filmed. 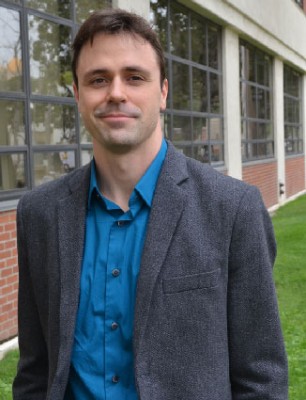 Bernards believes that focusing on younger audiences in China is a good strategy for the animation giant.

“Not many Chinese features target children,” he said. “Although animation studios exist in China, their films have not enjoyed the success that DreamWorks or Disney productions have achieved with younger Chinese audiences.”

Several Hollywood blockbusters aimed at more adult audiences, including Titanic and Avatar, have also played well in China. However, Bernards noted, the Chinese film industry is adept at portraying themes that resonate strongly with domestic viewers, possibly making it harder for foreign filmmakers to compete with homegrown productions where adult Chinese audiences are concerned.

Kung Fu Panda was successful in China, Bernards believes, because the animation combined Western and Chinese aesthetics in an appealing way.

“The movie had a familiar plot line of master-apprentice relationships set within a Chinese kung fu narrative and yet developed it in a humoristic, gentler and cuter way that appealed to Chinese children,” Bernards said.

“Those kinds of films speak to the Chinese experience of everyday modern life which requires viewers to embody a more cosmopolitan existence,” he added. “That’s why films like Kung Fu Panda that offer an entertaining guide to navigating that cross-cultural space are particularly appealing to Chinese audiences and enjoy a greater chance of success.”

His primary area of research is the history of Chinese migration, settlement and inter-ethnic interaction in Southeast Asia as seen through the lens of literary narrative.

He is currently finishing a book, Writing the South Seas: Postcolonial Literature and the Nanyang Imagination.

“Nanyang, or the South Seas — the traditional Chinese term for Southeast Asia — was used to refer to the local landscape in a similar way that European settlers referred to the New World or the Americas,” he said. “I’m interested in how Nanyang functions as a literary trope and how it was used by Chinese writers who traveled to the region in the early 20th century and by postcolonial authors from Malaysia, Singapore and Thailand.”

During his DreamWorks talk, Bernards stressed the importance of diversity in regional cultures and suggested including specific cultural references to make movie settings and stories believable to Chinese audiences.

One example he presented was Canaan, a 2009 Japanese online game and animated television series set in Shanghai.

“Although Shanghai is portrayed as a hypermodern, almost futuristic city, the game also shows traditional foods unique to Shanghai, like xiao long bao — steamed soup dumplings — that make it real and identifiable.

“China is not a monolithic culture, but consists of great internal diversity and regional complexities.”

The USC School of Cinematic Arts will host DreamWorlds Behind the Scenes: Production Art From DreamWorks Animation, a curated exhibition that presents a behind-the-scenes look at the art of animated feature filmmaking.

A new study from USC Annenberg shows it’s business as usual when it comes to employing underrepresented races and ethnicities in the industry.

USC and Pacific Asia Museum of Pasadena, Calif., one of the few U.S. museums dedicated to the arts and culture of Asia and the Pacific Islands, announced an affiliation.