Lawrence Halprin is having a moment. The late landscape architect, known as much for his idiosyncratic creative process as the public spaces he designed, is getting an approving second appraisal for both.

USC School of Architecture Assistant Professor Alison Hirsch has just written the first critical assessment of Halprin, City Choreographer: Lawrence Halprin in Urban Renewal America (University of Minnesota Press), in which she describes how he shaped American cities during the social tumult of the 1960s. She also examines how his unusual creative collaboration with his wife, dancer and choreographer Anna Halprin, was integral to the participatory nature of his work.

Hirsch will be talking about Halprin and his work, signing her book at the Festival of Books at 2 p.m. April 12 on the third floor of the USC Bookstore.

Hirsch was able to spend a fair amount of time speaking with Halprin before his death and spent four years basically taking up residence in his archive. The curators even gave the author a workstation of her own.

The first part of the book is about Halprin’s built work and the process he used to design it, including such well-known projects as Seattle’s Freeway Park, San Francisco’s Ghiradelli Square adaptive re-use, Portland’s Fountain Sequence, Nicollet Mall in Minneapolis and the FDR Memorial in Washington, D.C. His best-known Los Angeles project might be the Bunker Hill steps that involve waterfalls, steps and banks of escalators that move pedestrians down a steep city block, ending at 5th Street across from the main library. 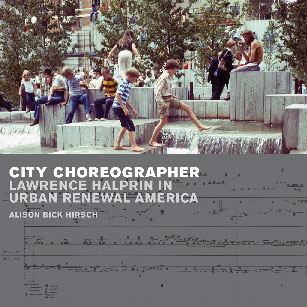 In recent years, some of Halprin’s work has fallen out of favor. Some of his public spaces are considered too concrete-heavy, facing inward instead of open to the street and thus out of touch with contemporary urban design. Several projects have not been properly maintained, with tree canopies becoming overly dense and mechanical systems degraded. A few are facing demolition.

Hirsch, who acknowledged that some of the criticism is fair, said that not all of his public projects necessarily should be preserved. But she argued that even his big, brutalist forms add an element of diversity and richness of design to homogenizing urban landscapes “and allow you to tangibly understand evolving values toward the city.”

The second half of the book is on Halprin’s community workshop process, in which his wife also played a large role. The landscape architect likened his designs to musical scores, using “motation,” a combination of motion and notation. Another way he looked at his role was as a choreographer guiding individuals through an environment.

Heavily involved in the 1960s counterculture, he held freewheeling workshops engaging the public in his design explorations. These community workshops were not as democratic as they were promoted to be, Hirsch realized. 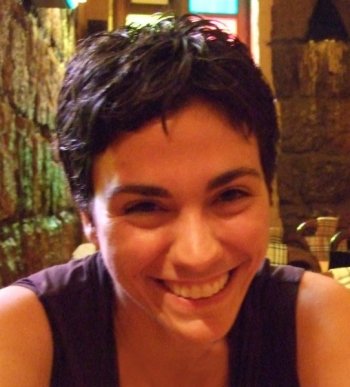 “They actually were highly scripted,” she said. “I assess them on a spectrum from facilitation to manipulation.”

But much can be mined from the way Halprin worked, she concluded after examining his multidisciplinary approach. “It’s a transformative process, and enriches foundational theory driving landscape architecture.“

Lately, there’s been a resurgence of the socially engaged design, Hirsch said, pointing out that the March issue of the Journal of Architectural Education is entirely devoted to the subject.

The book just arrived from the printer, and early reaction is that it is an important examination of the man described as “a tribal elder of American landscape architecture.”

Landscape architect Laurie Olin, National Medal of Arts winner and partner in The Olin Studio, called it “the first noteworthy critical assessment” of “one of the most significant figures in 20th century landscape architecture and urban design.”

The estate of the late Randell Makinson has given his extensive research papers to the USC School of Architecture.

The 1880 Widney Alumni House had previously been given that designation.

Hiram Sims opens the Sims Library of Poetry, a space for people from Inglewood and the rest of Los Angeles to read, write and create.