Distinguished Professor Emeritus of International Relations Peter Berton, who in the early 1960s established the Asia Pacific area studies program at the USC Dornsife College of Letters, Arts and Sciences, has died. He was 91.

Berton developed the Asian studies program and continued his involvement for the next nearly six decades, until shortly before dying peacefully at his Beverly Hills, Calif., home on March 28. In 2004, he had been diagnosed with leukemia.

A week before his death, Berton was completing his last book, about the Japanese Communist Party. He was the author, co-author or editor of more than 100 publications in six languages, printed in the United States, Japan, Korea, India, Australia, Israel, Germany and Russia.

“There is something awe-inspiring about somebody who refuses to die until his book is finished,” said Berton’s son, Jonathan, paraphrasing a leading figure in the field of Japanese studies who had read a draft of this latest book.

The younger Berton said some may not know his father became legally blind with macular degeneration about 10 years ago.

“But that didn’t stop him from continuing to lecture, go to concerts and get where he wanted to go,” said Jonathan Berton, who earned his bachelor’s degree in psychology from USC Dornsife in 1984. “I believe my father was so much more than a giant in his academic achievements, as great as they have been. His determination, love of music, resilience and zest for life and his family, were nothing short of heroic.”

The honor of a lifetime

Berton’s area of expertise included the great powers rivalry in northeast Asia; Japanese, Chinese and Soviet/Russian foreign policy; and the Japanese Communist Party. The creator of USC’s first course on Japan, Berton counted among his students a former prime minister of South Korea, United States Foreign Service officers, Army and Air Force officers, and other foreign dignitaries in Japan and other countries.

In 2010, the emperor of Japan honored Berton with the Lifetime Friend of Japan Order of the Rising Sun during a ceremony at the residence of the consul general of Japan in Los Angeles.

“Dr. Berton is the godfather of Japanese studies,” Junichi Ihara, Los Angeles’ consul general of Japan, said during the ceremony.

Ihara lauded Berton for his many books and articles on Japanese politics and foreign policy, Japanese international negotiation style, Japanese sociocultural and psychological characteristics, and the territorial dispute between Japan and Russia.

He praised Berton for launching the annual lecture series on Japanese art in 1988 at the Los Angeles County Museum of Art in memory of his late wife and mother of their two sons, Michele, a museum docent who had a deep appreciation of Japanese culture. The lectures, which share with the public the beauty of Japanese arts, have continued for nearly 27 years.

With the medal depicting rays emanating from the sun suspended from a red and white ribbon draped around his neck, Berton addressed the audience in Japanese and English during the ceremony.

The first person he thanked was his father.

“My father in 1926 had the vision and wisdom to leave Poland and seek an economic opportunity in China. His three brothers, their wives, his sister, their children, my maternal grandfather, my favorite 10-year-old cousin,” he paused, fighting back tears. “Everyone on my father’s side was murdered by the Nazis. So, if my father hadn’t left Poland, I wouldn’t be here today.”

‘A scholar and a gentleman’ 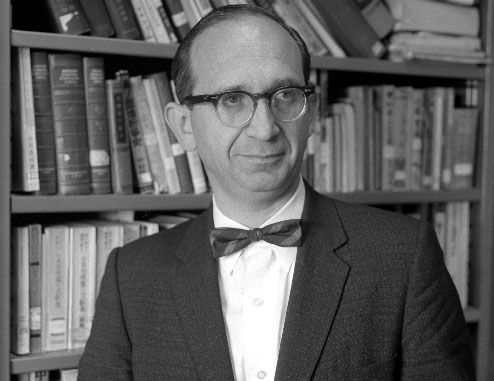 Steven Lamy, professor of international relations and vice dean for academic programs at USC Dornsife, said that upon his arrival in 1982, among the first to reach out to him was Berton.

“As someone who was fluent in four languages and had expertise in China, Japan and Russia, Peter encouraged me to further develop my language skills so I could become a better scholar of European affairs,” Lamy said. “At that time, there was no formal faculty mentoring program, but Peter was always there willing to answer any questions.”

“During a career at the School of International Relations spanning nearly six decades, he touched so many of our students and faculty with his intelligence, integrity and dedication to the highest standards of academic inquiry,” English said of Berton, who retired in 1991. “The appellation ‘a scholar and a gentleman’ was invented for someone like him. More than inspirational, Peter was simply a treasure and will be remembered as one of the most remarkable colleagues in SIR’s and USC’s storied history.”

A great friend and mentor 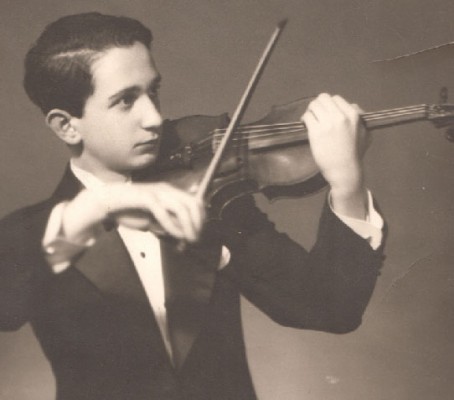 Born in 1922 in Białystok, Poland, into a Russian-speaking family, Berton arrived in Harbin, China, in 1928. There, he studied at the local Talmud-Torah and various other schools before finding his métier as an accomplished violinist. Combining an amazing memory with polyglot skills, he went on to study at Waseda University during World War II and to assist in the American occupation of Japan. After the war, he became a successful architect, before moving to the United States to earn his PhD at Columbia University in New York. He arrived at USC in 1961.

“My father grew up from humble beginnings,” said David Berton ’79, who earned his bachelor’s in political science from USC Dornsife. “English was not his first language. It is truly amazing what he has accomplished. His work ethic and character are likened to Tom Brokaw’s The Greatest Generation. Personally, I will always remember him as a giving father and a fabulous grandfather.”

Sam Atherton ’85, who earned his bachelor’s in international relations from USC Dornsife, was Berton’s former student. Atherton was assisting Berton in writing his most recent book.

“Peter was a giant among giants,” Atherton said. “He was a great friend and mentor for 33 years. He is irreplaceable. The world of academia has just lost a great mind — the Einstein of Asian studies.”

Berton and Atherton were working on the finishing touches of Berton’s final book until about a week ago. Berton asked Atherton to see the book through to publication.

Berton is also survived by daughters-in-law Sandra and Ronda, and three grandchildren, Michael, Danielle and Marshall.

A memorial service is planned for 3:30 p.m. on April 5 in West Los Angeles. For details and to RSVP, contact Linda Cole at lcole@usc.edu.

He was the first African American quarterback in Pac-12 history and played on the winning team in the first two Super Bowls.

The Pac-12 “Coach of the Century” led the Trojans to nine NCAA appearances and two conference titles.

Johnston — who scored the winning run in the 1958 College World Series championship game — is one of just two Trojans to have played in football’s and baseball’s big leagues.