Sheraz Khoja, a PhD student in the USC School of Pharmacy’s molecular pharmacology and toxicology program, will recognize World Autism Awareness Day by spending it in the lab.

As the United Nations global community raises awareness for the cause on April 2, the USC Provost fellow will be making small steps toward one day finding novel drug treatments for symptoms of autism spectrum disorders.

“We currently have many treatments for diseases such as cancer and diabetes, but not for neurological disorders like those on the autism spectrum,” he said. “There is a great unmet medical need.”

Khoja’s work attempts to pinpoint the role of a specific protein in neurodevelopmental disorders. His doctoral research stems from the chance observation by a colleague, who studies alcohol addiction, that mice missing a specific protein displayed similar behavioral changes as those suffering from autism spectrum disorders. Drawing on this link, Khoja now studies the potential for this protein, P2X4, to be the target of drug treatments that could help to ease the symptoms of neurological disorders.

Currently, the FDA has approved only two drugs for the treatment of autism spectrum disorders, and these treat only irritability. 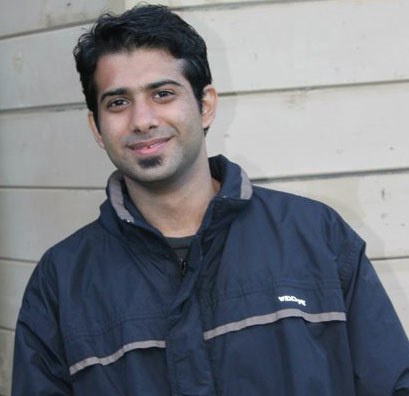 “If we can determine the role that P2X4 plays in neurodevelopmental disorders, and design drugs that could alter activity of this protein,” he said, “it is possible that we could treat symptoms at a molecular level.”

Khoja hopes to partner with an autism organization in the future to further develop his research into this critical area.

Understanding the role of the P2X4 protein in neural development could also have wider implications for the treatment of other neurological disorders such as Parkinson’s disease, schizophrenia and Alzheimer’s disease.

The three-day gathering at USC attracts top neuroscientists from across the country to discuss developmental disorders.

Autism May Have Had Advantages in the Past

People with autism face multiple challenges because of their condition, but they may have been capable hunter-gatherers in the prehistoric era, according to a paper published in Evolutionary Psychology.