“The breadth of Willow Bay’s experiences, skills and talents is extraordinary. Her leadership will help our innovative school aggressively continue our path of creating — and defining — the digital future,” Wilson said.

“I cannot think of a greater director for the USC Annenberg School of Journalism or a greater model of what journalism can achieve in today’s world,” said USC Trustee Wallis Annenberg, chairman, president and CEO of the Annenberg Foundation.

Bay comes to USC Annenberg from her post as senior editor of The Huffington Post in Los Angeles and special correspondent and host for Bloomberg TV.

Bay, a sought-after moderator at forums for thought leaders, has helmed panels with politicians, philanthropists, athletes, cultural figures and CEOs such as Jeff Bezos (Amazon.com), Indra Nooyi (PepsiCo), Howard Schultz (Starbucks) and Larry Page (Google). Bay holds a B.A. from the University of Pennsylvania and an MBA from New York University’s Stern School of Business.

“The professions of journalism and public relations are facing challenges and discovering opportunities in the face of rapid change and the development of new digital communication,” said Elizabeth Garrett, USC provost and senior vice president for academic affairs. “Assuming leadership of one of the preeminent schools of journalism at this crucial time, Willow Bay brings her long experience in various media forms, a keen intelligence and intellectual curiosity, and abundant energy to inspire students at all levels. Her appointment and the opening of the state-of-the-art Wallis Annenberg Hall at USC mark a moment of transformation for our School of Journalism.” 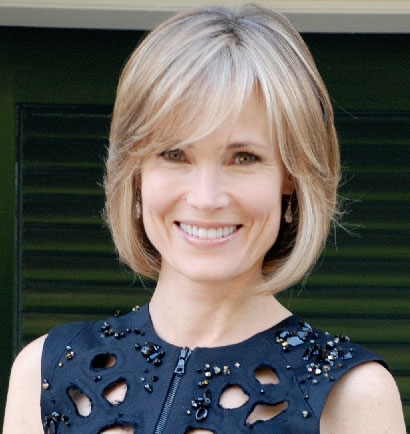 Bay, who will assume her post in July, said: “I’m honored to join Dean Wilson and the world-class faculty and staff at the USC Annenberg School of Journalism, which has educated and inspired some of the most prestigious and talented professionals in the field.

“I’ve had the privilege of personally hiring and working with some outstanding Annenberg graduates at The Huffington Post. I look forward to leading the school as it educates and inspires the next generation of journalists and public relations professionals for the future and contributes groundbreaking academic research into these fields.”

Bay comes to USC Annenberg during an era of innovation. In recent years, for example, the school has opened the Annenberg Innovation Lab; launched the popular Media, Economics and Entrepreneurship initiative; experimented with wearable computing, augmented reality and 3-D printing; and emphasized creative collaborations across industries and disciplines. The latter accomplishment includes expanded crossovers with the USC Annenberg School of Communication, which will have its own new director, Sarah Banet-Weiser, beginning this summer.

This fall, the School of Journalism will welcome its first cohort of nine-month Journalism M.S. students. The new degree will correspond with the grand opening of Wallis Annenberg Hall. The 88,000-square-foot building will feature a three-story media wall as well as professional-quality video, radio and vodcast studios and a digitally converged media center for the school’s award-winning, student-run, online, broadcast television, documentary and radio news outlets and public relations agency.

“We have a new building, a new program and a new era,” Wilson said. “I’m thrilled that Willow Bay will be here to provide new leadership for our School of Journalism.”