In recognition of her contributions to the prevention and treatment of child abuse and neglect through the use of “big data,” Emily Putnam-Hornstein has received the Commissioner’s Award from the Administration on Children, Youth and Families.

The assistant professor at the USC School of Social Work has worked with other researchers and state leaders in California to link massive sets of data on child welfare and well-being to examine issues such as maltreatment and poor academic performance. California Gov. Jerry Brown and other state leaders selected Putnam-Hornstein to receive the award, given annually to one person from each state and U.S. territory, during the upcoming National Conference on Child Abuse and Neglect.

“It’s certainly very flattering to be acknowledged, and it’s even more meaningful when you know that a group of colleagues you’ve worked closely with were the ones who nominated you,” Putnam-Hornstein said. 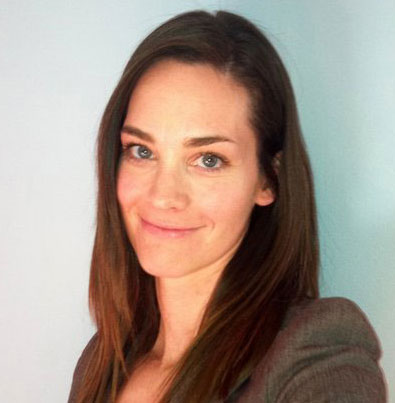 She stressed the collaborative nature of the partnership between officials with the California Department of Social Services and researchers interested in child well-being, including colleagues at the California Child Welfare Indicators Project. Putnam-Hornstein completed her doctoral studies at the University of California, Berkeley, where the project is based, and said the experience gave her insight into the importance of cultivating positive connections and building trust.

“We have the data and the technology,” she said. “It’s often relationships that prove problematic with projects like this. Being a part of that team [at UC Berkeley] is tremendously valuable.”

Putnam-Hornstein is capitalizing on those relationships at the state level to lead a new project funded by First 5 LA to develop a research repository that will integrate data across state and local agencies. She is working with Jacquelyn McCroskey, John Milner Professor of Child Welfare at the School of Social Work, to develop the Children’s Data Network, which seeks to foster collaboration among researchers, policymakers, agency leaders and community officials to improve services for children and their families.

Researchers at the USC School of Social Work are developing a repository to integrate data across state and local agencies to improve services for families.

“I’m No. 9 nine of 14 kids, so I’ve been making my own clothes my whole life,” says the assistant professor of costume design. “I feel in a way that I’m doing the exact thing I’ve always done.”