When the National Institutes of Health established the nationwide KL2 educational programs not quite four years ago, one of the overriding goals was to help new clinical and translational investigators sharpen their abilities in the unscientific-sounding skill of teamwork.

But it was precisely such a cross-disciplinary mix of expertise that led Mimi Kim, a pediatric endocrinologist and alumna of the Southern California Clinical and Translational Science Institute KL2 scholar program, to wonder if a novel application of magnetic resonance imaging (MRI) could also be used to understand thyroid dysfunction in children, one of her areas of clinical and research focus.

While she was a KL2 scholar, Kim, assistant professor in the division of pediatric endocrinology and metabolism at the Children’s Hospital of Los Angeles (CHLA) and Keck School of Medicine of USC, worked with a team of researchers to study a type of fat called brown adipose tissue — also known as brown fat, due to its color.

Brown fat is increasingly drawing the interest of medical researchers who study metabolic and endocrine issues, such as obesity and diabetes. But it has only been in the past couple years that MRI physicists and engineers developed methods to visualize brown fat.

Until recently, it was believed that in humans, only babies had brown fat (hibernating mammals also possess the tissue) and that its main purpose is to generate body heat. But researchers have since found that brown fat remains in the body through childhood and adulthood and that it appears to play important roles in various metabolic functions.

“It’s a very interesting tissue, but until we had these MRI applications, we had no way to safely and noninvasively study it in pediatric patients and healthy people,” Kim said. “The MRI technology opens up a whole new avenue to study the function of brown fat function in metabolic disorders and hopefully develop therapies.” 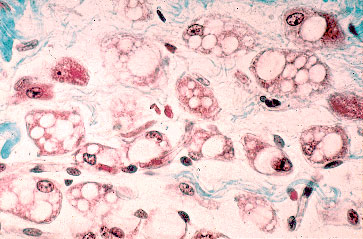 The fat we grumble about when our clothing starts to feel too tight after a season of too much eating and not enough exercise is white fat. White fat evolved to store excess calories for the long term. But brown fat is richly supplied with blood vessels and mitochondria — tiny chemical power plants within the body’s cells — making it a ready source of energy. In fact, thinner people actually have more brown fat, and obese people have less.

“These kinds of associations are leading a lot of researchers to look for therapies for obesity and other problems based on brown fat,” Kim said. “So we have to understand the mechanisms and triggers that activate it and how it works in the body.”

While in the KL2 program, Kim was part of a group of investigators studying cardiovascular disease risk in children with congenital adrenal hyperplasia (CAH), a genetic glandular disorder. The group she worked with included a mix of clinicians and radiologists — similar to the team studying brown fat — and reflected the KL2 program’s recognition of the interdisciplinary teamwork that is so critical in clinical and translational research. 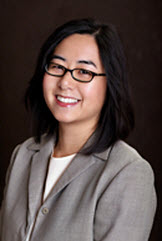 “I’m an endocrinologist, so my strength is in looking at things from a metabolic perspective,” Kim said. “Meanwhile, the MRI engineers and radiologists know more than I ever will about imaging. But having people come together from different backgrounds enables us to find that innovative sweet spot and look at research questions from new directions.”

Intrigued by her experience in the CAH study, Kim wanted to continue to apply innovative imaging approaches to investigate the link between brown adipose tissue and thyroid disorders in children. But Kim needed the expertise of radiologists and MRI engineers who were already experienced with brown fat research to help her conduct her thyroid investigation.

The thyroid, a gland located in the neck, controls how the body uses energy, forms proteins and regulates other hormones, and is a critical part of the body’s metabolism.

Kim’s thyroid research project has involved 25 children from CHLA with thyroid disorders. Kim and her co-investigators have found a number of associations between thyroid hormones and brown fat.

As the research team prepares to publish the findings, Kim said her research could not have proceeded as efficiently — if at all — without the teamwork and mentorship that the KL2 program is structured to enable.

“The group was more powerful than the sum of its parts,” she said.

Call to Action on Childhood Obesity

A call to action on childhood obesity drew a standing-room-only crowd and six U.S. Congress members to a summit at Town & Gown on Sept. 10.