Joyce Javier was born in Historic Filipinotown, a local neighborhood named in recognition of the large number of Filipino immigrants — such as Javier’s parents — who settled there.

Javier, who earned an MD and a Master’s in Public Health, is now a primary care pediatrician and assistant professor of clinical pediatrics at the Keck School of Medicine of USC and Children’s Hospital Los Angeles.

Growing up, Javier saw too many of her peers struggle with serious emotional and mental health issues such as drug use, teen pregnancy, school dropouts, depression and even suicide.

Witnessing these struggles shaped her early decision to become a physician and do what she could to improve the lives of young people in her community.

Javier decided she wanted to help families and youth on a broader scale than she could as a clinician and teacher. So she chose to become a public health scientist, focusing on evidence-based programs intended to help families in Asian and Pacific Islander groups make healthier choices and avoid behavioral problems that young people can stumble on during their path to adulthood.

Although Filipinos are the second-largest immigrant group in the United States, they’re one of the least researched Asian subgroups, Javier said, and few interventions have been developed to address their specific cultural and health needs.

In her research, Javier focuses on mental, emotional and behavioral health issues among immigrant populations, particularly among Filipino youth and families. It is delicate terrain for a community researcher.

“In Filipino culture, particularly, there’s a stigma associated with mental health issues,” Javier said. “There’s a reluctance to talk about topics like teen pregnancy and drug use, and even parenting.” 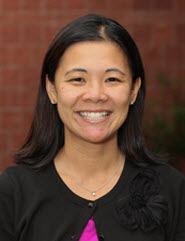 As a result, few parents seek the help of mental health professionals.

“That’s why we focus on creating culturally congruent programs that can engage kids and families in these populations and help address early symptoms and prevent these problems,” she said.

The study involved offering workshops based on a series of acclaimed child and family educational programs called “The Incredible Years,” which teaches parenting skills, life and social skills, and helps youngsters avoid drugs and make other positive choices. The workshops were developed by youth behavioral health expert Carolyn Webster-Stratton. 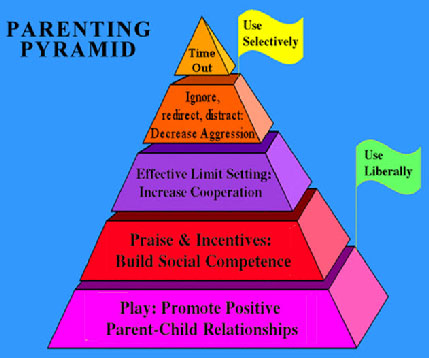 Javier’s workshops were designed to help parents raise and interact with their children in a less stressful and more productive way. The workshops introduced parenting strategies and skills such as the use of praise, incentives and positive discipline to set limits and handle misbehavior. For children, the programs taught and strengthened social skills, emotional regulation and school readiness.

After the workshops, parents reported significant improvement in their own stress levels and a reduction in kids’ behavioral problems, according to Javier. They also reported increased use of positive parenting techniques that fostered a more open and positive relationship between parents and children.

“The results are preliminary but very promising,” Javier said. “Most importantly, they hold the potential to lead to larger studies to eliminate the health disparities that affect young people in these immigrant groups, as well as the behavioral issues that can get in the way of their development as they grow toward adulthood.”

Ultimately, Javier’s goal is to extend the lessons learned in Los Angeles’ Filipino immigrant community to a national scale to help prevent behavioral and mental health issues among young people in other high-risk immigrant populations.

A two-day conference for USC administrators will focus on mental health issues.

The USC School of Social Work and the Child and Adolescent Services Research Center at Rady Children’s Hospital in San Diego, which specializes in studies of children at risk for developing mental disorders, have announced a partnership.

Hundreds of leading social work researchers, clinicians and policymakers convened to discuss the latest breakthroughs in health and mental health during a recent international conference led by the USC School of Social Work and the Los Angeles County Department of Mental Health.