USC was one of 200 universities to recently screen Inequality for All, a documentary shown at the USC School of Social Work as part of the Visions and Voices arts and humanities initiative.

“We’re here because we have a general interest in improving the world,” USC Associate Professor Ange-Marie Hancock said before the start of the film.

Hancock reiterated that a social worker’s purpose is to help people — especially the individuals who have been pushed to the back burner in the United States.

From the end of World War II until the late 1970s, income inequality was at its lowest while education rates and the number of labor unions were at their peak. Since then, income inequality has increased — a trend that falls directly in line with the decline of labor unions and accessibility of education, according to former U.S. Secretary of Labor Robert Reich, who appears in the film.

“For many, it’s a cross-generational poverty syndrome that we are stuck in,” said Cheryl Grills, a professor of psychology at Loyola Marymount University, during a panel discussion following the screening, noting that 42 percent of U.S. children born into poverty will remain there.

The film pointed out that as wages for the average worker flattened in the 1970s, an education was required to earn a better living. But as education became less accessible, it became more difficult for the average person to get the schooling needed to earn better wages. It’s part of what Reich called “The Vicious Cycle.”

“How do we make going to college affordable?” asked Renee Smith-Maddox, a clinical associate professor at the School of Social Work who helped bring the film to the school. “How do we make buying a home something everyone can do?”

And yet, as the United States reaches a level of income inequality that rivals that of Uganda, the economy continues to grow, benefitting a small percentage of people. Reich makes a point to not demonize or criminalize the idea of being wealthy; rather, he noted that it is the way money is being spent that is problematic.

“It’s not that people are rich — it’s that they use their wealth to lobby,” he said. 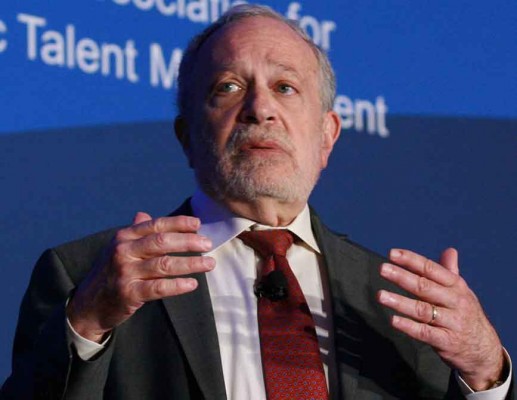 Reich looked at the concentration of wealth among a small number of people and the power of groups, such as the conservative nonprofit Citizens United, best known for the campaign finance case Citizens United v. Federal Election Commission. The case led to a U.S. Supreme Court ruling that the First Amendment prohibits the government from restricting political independent expenditures by corporations, associations or labor unions.

The ruling, Reich said, created a wealth-to-power dynamic that allows the few with money to flood the political system and rig it to continue to favor themselves, which is where the problem lies. The increased inequality hurts everyone because a person who makes 1,000 times the average worker does not purchase the equivalent of 1,000 workers; that money is simply not recycled back into the economy.

All of these figures lead back to perhaps the most troubling point of the film: Things are starting to look a lot like 1928, the year before the Great Depression.

“We are seeing an entire society that is starting to pull apart,” Reich notes in the film.

“We are at a state of emergency,” independent producer Maleena Lawrence said after the screening, in line with Reich’s point of view. “This film is very urgent.”

Much in the same way that the country rebounded from World War II into an era of great prosperity, Reich hopes that the United States can learn from its past in helping it move forward.

“Our history has shown us that when we have collective actions, we can bring about progressive social change,” Grills said.

From building resilience in farmed marine species to charting the ocean floor to ensuring homeless Angelenos get the water they need, USC Dornsife scholars are finding innovative ways to quench the world’s thirst for solutions.