Milt Meler ’70, MBA ’71 spent his career in corporate finance, but a commitment to the education and mentorship of Trojans has defined a great deal of his last 15 years since retirement. Meler, a member of the Dean’s Laureate Circle at the USC Rossier School of Education, attributes this to his late mother, Erma Lee Meler, for whom he established the Erma Lee Meler Family Endowed Scholarship.

Erma Lee Meler was a lifelong teacher so loved by her students and parents that when mandatory retirement policies at the time forced her out of the classroom at 65, there was nearly a revolt, according to her son.

“My mother absolutely loved to teach, and it was a real passion for her. She really cared about the students and wanted to see them do their very best,” Meler recalled. “She taught in San Marino for so long that she started to teach the second generation of families, and she was always in demand when children would reach fourth grade at Valentine Elementary School.

“She didn’t want to retire, and there were a lot of upset parents.” 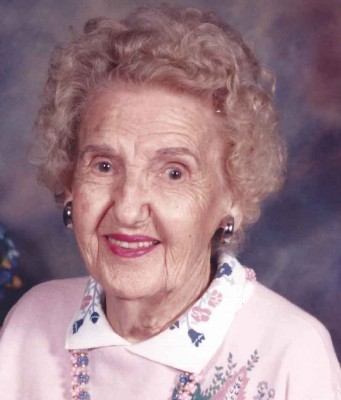 Erma Lee Meler came from a family of educators in Oklahoma.

Meler’s mother came from a family of educators. It was not common for women to pursue postsecondary degrees in 1920s rural Oklahoma, yet Erma Lee, her three sisters and brother all graduated from college and became teachers. She majored in mathematics but found she enjoyed teaching every subject. She joined her husband in California in the 1930s and began teaching in Whittier. After Meler and his brother were born, she returned to the classroom, first as a substitute, then as a full-time fourth- grade teacher at Valentine. In 1973, she was named Teacher of the Year for the San Marino Unified School District.

Meler said he wanted to honor his mother as a phenomenal teacher and as the woman who demonstrated amazing strength and fortitude as the sole family breadwinner when his father passed away in 1961.

“The loss of my father made it very difficult for her to manage the family finances with two teenage boys, and she never remarried,” Meler said. “I was really proud of how she devoted herself to her sons and made us her top priority. Fortunately, she had a teaching career to help provide for her family, but teachers didn’t make very much money then. She would substitute, work summer school and tutor after school to help our family survive after my father’s passing.”

But teaching was so much more than a job to Erma Lee. Long after her boys were grown, she continued to substitute teach for San Marino schools until age 80. She also volunteered more than 15,000 hours at the Methodist Hospital in Arcadia, Calif., giving her time and energy to the community until she became ill at age 89.

Meler seems to have inherited his mother’s penchant for giving back. Since 1999, he has actively served as a mentor for scores of USC Marshall School of Business and USC Leventhal School of Accounting students through the school’s Career Advantage Program.

“Once I was retired, I had the time and I wanted a way to reconnect with the university,” he said. “I am so taken aback by how bright and accomplished and passionate the students are about life and their education. It’s so exciting what has happened in the last 20 years at USC, and so rewarding to see that USC has these kinds of students.”

Mentoring is a ‘career in itself’

Meler mentors about five USC Marshall and USC Leventhal students each year, sharing his experiences in private industry and offering guidance in landing an accounting firm position after graduation.

“It’s almost like a career in itself, and there’s a relationship that develops,” he said. “I like to share my knowledge and experiences, help them find their career course and hopefully make a difference. I think it kind of keeps me young and invigorated.”

Through the Erma Lee Meler Family Endowed Scholarship at USC Rossier, Milt Meler is also pledging his faith in a new generation of exceptional teachers.

“Teachers set the tone for how students learn, behave and socialize, and I have seen firsthand how a gifted teacher can instill passion for learning in students,” he said. “That is why it’s so important to support Rossier and make sure the program is vibrant and has the best quality, motivated students who can go on to be successful teachers.” 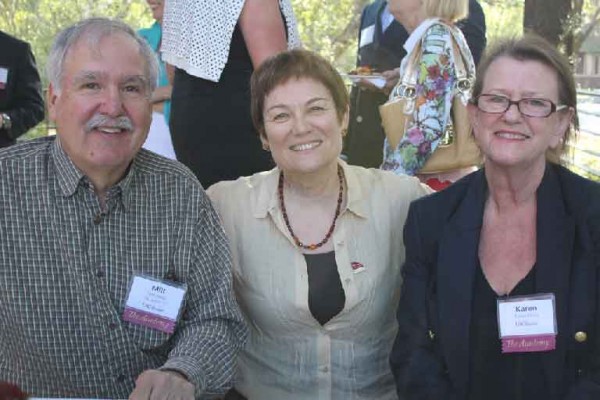 Meler, who owns and operates the Montecito Hills Winery in Paso Robles, Calif., said he felt like part of the Trojan Family long before he began his undergraduate studies. His cousin, Roy Irvin, was a USC basketball star in the 1950s, and Meler has been a Trojan fan since he was young.

After earning his bachelor’s and master’s degrees, Meler entered the workforce with a distinct advantage that impressed managers at faucet manufacturer Price Pfister, which employed him for the next 23 years.

“USC certainly opened the door,” Meler said. “Having a degree from USC was important to giving me status. USC was well-known for its business school.”

The family tradition continued into the next generation. Christopher, the son of Meler and his wife, Anna Karen, earned his degree in accounting and mathematics from USC in 2004.

For Meler, the endowed scholarship both honors his mother and ensures that outstanding educators like Erma Lee will receive the highest-quality preparation for years to come.

“Not everyone comes from a family of wealth, so it is important to support students who need some financial help through scholarships,” he said. “As part of the Trojan Family, I want to see capable students have the chance to go to a school like USC. And I believe that the desire to support and give back to the university is prevalent among most USC graduates.”

Pastore awarded for her inspirational teaching

USC Professor Clare Pastore will be honored with the Elizabeth Hurlock Beckman Award at a ceremony in Atlanta.