Sponsored by the USC Roybal Institute on Aging at the USC School of Social Work with honorary co-host Rep. Lucille Roybal-Allard (D-Calif.), the biennial event honors the institute’s namesake and founder Roybal — a champion of health and aging services as well as veteran causes. The institute works to advance research that enhances aging for adults in minority and low-income communities.

Drawing upon his time as co-chair of the U.S. Department of Defense panel that investigated the condition of facilities and barriers to medical treatment at Walter Reed Army Medical Center and the National Naval Medical Center, West underscored the critical need for the United States to serve those who have served their country in war.

“By caring for our veterans and their spouses and their families, we will bind up the wounds of this nation, help this nation to right herself, and help her move to a better and higher plane of human existence,” West said. “Among all the ways in which nations can and should be judged, one of them has to be how they care for those who in a time of crisis cared for [them].”

Because of advances in medicine and health care, West said that today’s generation of veterans must deal with challenges that previous generations of veterans had never had to deal with before. Some injuries that were once considered fatal are now considered treatable.

“More of our veterans are now surviving from the battlefields, but they’re surviving with far worse wounds from which to recover,” West said.

Social support is of particular need for older veterans who must confront issues associated with aging along with issues related to their time serving in combat. Nearly 42 percent of the almost 23 million U.S. veterans are aged 65 and older.

“[For] those who are reaching that point at which we consider them part of the aging, tell them that some of that fire is still there,” West said. “Tell them that their hearts may be diminished by the passage of time and the accumulation of age, but diminished is not the same as gone.” 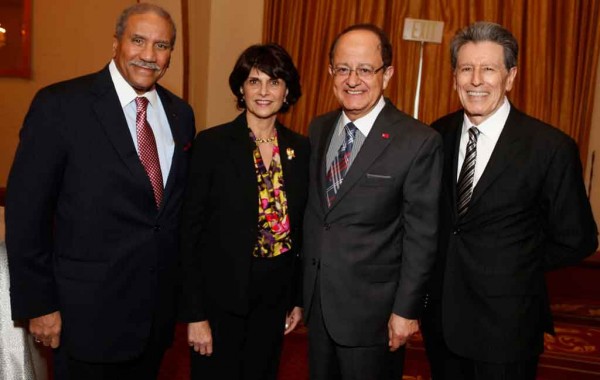 Support needs to come in the form of tangible resources and opportunities as well. Approximately 40 percent of all homeless men are veterans.

“To treat our veterans, we have to get them off the street,” West said.

He stressed that the invisible mental health wounds of war should not be overlooked.

“They need to know from us that there is no shame in owning up to the need for counseling and for help for mental health problems,” West said. “They are not less valuable. There is nothing that diminishes them. They are not damaged goods.”

The event concluded with the presentation of the USC Roybal Institute Community Partnership Award to Rigo Saborio MS ’94 of St. Barnabas Senior Services and the Pearmain Prize for Excellence in Research on Aging to Robert Taylor of the University of Michigan School of Social Work.