A series of papers in the March issue of Health Affairs examines how the Affordable Care Act (ACA) could affect two sectors of the most vulnerable Americans — those living with HIV/AIDS and people who have recently cycled through jail.

The issue features several studies by researchers with the USC Schaeffer Center for Health Policy & Economics, one of the nation’s premier policy research centers dedicated to promoting health and value in health care delivery through innovative research and policy, including:

Dana Goldman, holder of the Leonard D. Schaeffer Chair and director of the Schaeffer Center, and co-authors modeled HIV transmission and prevention based on when HIV-positive individuals started combination antiretroviral treatment (cART). The researchers estimated that from 1996 to 2009, early treatment initiation in the United States prevented 188,700 new HIV cases and avoided $128 billion in life expectancy losses.

In particular, the researchers highlighted treatment at “very early” stages as responsible for four-fifths of prevented cases. They defined early treatment as when CD4 white blood cell counts are greater than 500, consistent with current treatment guidelines in the United States.

Early treatment both reduces morbidity and mortality in people living with HIV/AIDS and decreases the transmission of the disease to the uninfected. The authors concluded that early treatment has clear value for both HIV-positive and HIV-negative populations in the United States.

Early treatment of HIV can add valuable years to life

In another study, John Romley of the Schaeffer Center and co-authors analyzed the effects on life expectancy of people initiating combination antiretroviral therapy at early stages of the disease, when CD4 white blood cells are 350 or higher. In recent years, U.S. treatment guidelines have been revised to recommend treatment at all CD4 counts. 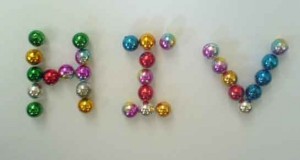 The researchers estimated the value of survival gains from early initiation from 1996 to 2009 at $80 billion, with each life year valued at $150,000. Those who initiated treatment the earliest — following the current U.S. treatment guidelines — could expect to live another 39.7 years. The authors pointed to the importance of treatment guideline adherence and to investment in scientific investigation to support rigorous guideline development.

ACA could help the fight against HIV/AIDS

Zachary Wagner and colleagues at the USC Schaeffer Center modeled the effects of the ACA and found that by 2017, an additional 466,153 people in the United States will be tested for HIV.

With increased testing among the newly insured under the ACA, the population of HIV-positive people who are unaware of their status will decline by 22 percent, the researchers estimated. By 2017, they estimated 2,598 new cases diagnosed, with the effect potentially magnified by as much as 30 percent if all states expanded their Medicaid programs. The researchers recommended state leaders consider ways to expand insurance coverage to those who remain uninsured.

The authors pointed to evidence that gaining health insurance can improve testing rates and that more generous Medicaid benefits can increase the use of treatment by HIV-positive individuals, both important contributors to prevention efforts.

Additional papers in Health Affairs examined jails and health, and reflect ongoing concerns about how to manage the health needs of a population with higher rates of communicable diseases, mental illness, substance abuse and many chronic conditions — and what the return of “jail-involved” individuals to communities will bring as Medicaid expands in many states and the ACA provision ensuring care to them becomes a reality.

Support for the HIV/AIDS articles included grants from Precision Health Economics and the USC Schaeffer Center.

The USC Price School of Public Policy’s Athenian Society hosted a panel to discuss the changes in health care due to the Affordable Care Act.

A potential solution to the opioid epidemic: Tell doctors their patients fatally overdosed

The USC team’s study showed that an informational letter from the county medical examiner reduced the number of opioid prescriptions clinicians wrote.

The program provides a full range of gender-affirming health care services for transgender, nonbinary and gender-diverse adult patients in a safe and supportive environment.