Cancer modelers could learn from biologists, hurricane forecasters and even game designers, Paul Macklin of the Keck School of Medicine of USC told researchers at the world’s largest general scientific meeting.

Computer models of how cancer grows or responds to therapy are important for developing new treatments. But Macklin, a mathematician and assistant professor of research medicine in the Center for Applied Molecular Medicine, described a fragmented landscape with almost as many approaches to cancer modeling as there are types of cancer.

“We have seen in the cancer field an enormous number of ways to try to characterize this complex system,” he said. “Each mathematical team is developing their own independent model system of cancer.

Macklin proposed a new direction based on insights from other fields. He pointed to biology, where researchers prefer to conduct their experiments on a standardized model system — in the case of cancer studies, usually a cell line tailored to simulate a specific type of cancer.

“They have the same starting point, and they could focus their work where it’s novel: the novel experiments and the analysis. You don’t have to reinvent the wheel every time you do a cancer study,” Macklin noted.

“Is there some way to come up with a notion of a modeling system that many modelers could use as a starting point?” he asked.

As one potential answer, he advocated a set of standardized “digital cell lines” to serve as starting points for running cancer models. The digital lines could be updated continually with new experimental insights on cell behavior, saving researchers the trouble and inconsistency of updating each model separately. 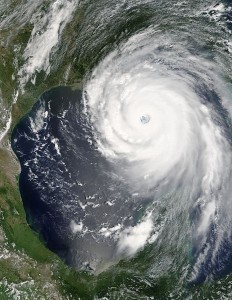 Macklin praised the approach of hurricane forecasters, who combine and average several models to predict a storm’s possible path.

Once an avid gamer, Macklin also found inspiration in that community. Many games encourage collaboration and expansion by providing tools for players to build a custom world, which the central game engine then can run.

Likewise, modelers could create a custom microenvironment, populate it with standardized digital cell lines and let a central simulation engine do the rest of the work, he said.

The cancer modeling community is moving slowly toward standardization, Macklin pointed out.

“This [presentation] describes a pipeline. Every one of these parts needs to be developed.”

Macklin’s cancer modeling is part of Digital USC, a university-wide initiative of $1 billion over 10 years toward gathering, interpreting and applying digital data on a massive scale.

An international leader in fields from artificial intelligence to game design, with the largest computer science research program among American universities, USC is advancing knowledge in the development of virtual humans for therapy, entertainment or historic preservation; the simulation and modeling of earthquakes and other complex systems; brain mapping; archiving, indexing and analysis of visual material; visual storytelling and data visualization; and in creating advanced online platforms for distance education and professional development.

The 180th American Association for the Advancement of Science annual meeting, held Feb. 13-17 in Chicago, brought together scientists from every field, policymakers, journalists and members of the public. AAAS is the world’s largest general scientific society and is the publisher of the journal Science, the most widely circulated peer-reviewed scientific journal.

The Engineering in Society Program aims to equip USC Viterbi students with the ethical and communication skills to flourish in an ever-accelerating world.